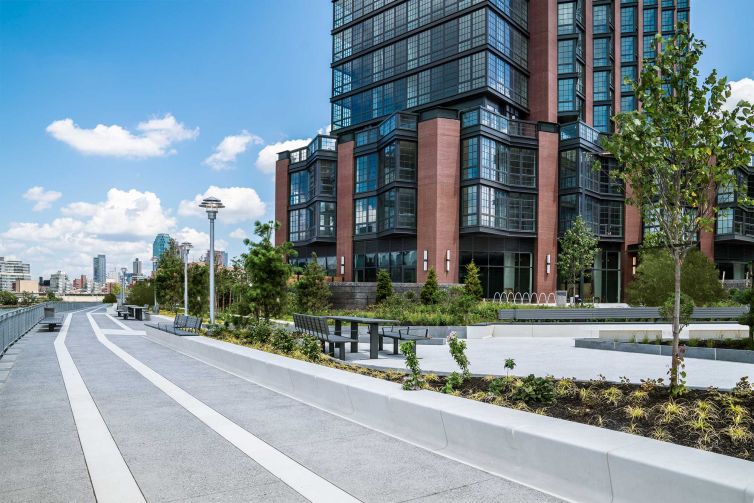 And Brookfield Properties’ Two Blue Slip — a 37-story residential tower in Greenpoint, Brooklyn — is receiving plenty of love as we head into the long weekend.

MF1 Capital just closed a $330 million loan for the asset, sources close to the deal told Commercial Observer. The floating-rate debt has a five-year term.

Sitting at the heart of Greenpoint’s waterfront, Two Blue Slip comprises 421 residences and more than 11,000 square feet of state-of-the-art amenities, including a two-story gym with a spin studio, a pool deck, coworking spaces and private lounges. The property also includes 217 parking spaces.

The Handel Architects-designed tower, which was completed in early 2020, is part of Greenpoint Landing, Brookfield Properties and Park Tower Group’s 22-acre master-planned development on the East River. The developers transformed a former industrial area into a multi-building community that will include 5,500 units —1,400 of which will be affordable — public parks, retail space and a waterfront esplanade.

Brookfield Properties joined Park Tower in Greenpoint Landing’s first phase, which included the development of the project’s first market-rate tower — One Blue Slip —in 2015. The joint venture then acquired two additional sites to the north and south of that phase in 2018. One Blue Slip made its debut in August 2018, with Two Blue Slip opening in February 2020.

This recent round of financing retires a $217 million construction loan provided by Industrial and Commercial Bank of China , Scotiabank, TD Bank and Italian bank Intesa Sanpaolo in 2019, as reported by CO.

As part of the Affordable New York housing program, 30 percent of Two Blue Slip’s units are income-targeted, and it benefits from a 35-year tax abatement. An affordable housing lottery for 127 of the property’s units launched in July 2021, as reported by New York Yimby.

Cathy Cunningham can be reached at: ccunningham@commercialobserver.com