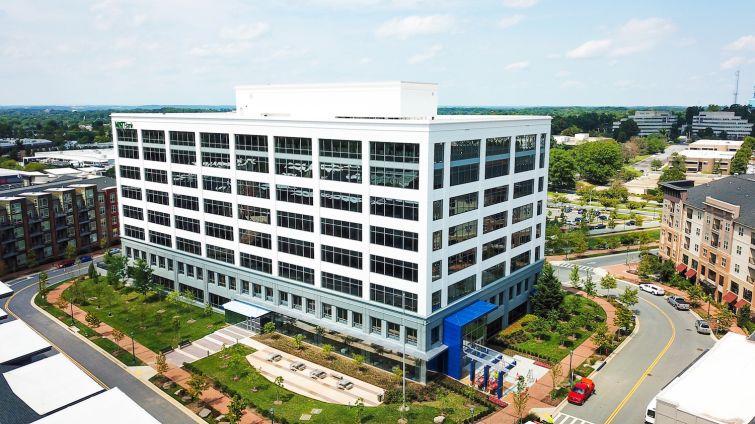 Tetracore, a biotechnology research and development company, has inked a 93,400-square-foot lease at 77 Upper Rock Circle, an office and life sciences building in Rockville, Md., Commercial Observer has learned.

Cushman & Wakefield facilitated the deal on behalf of the owner, Bridge Investment Group.

“The building is a best-in-class, trophy office building — the current tenants are all office tenants,” Ben Powell, executive director at Cushman & Wakefield, told Commercial Observer. “There are limited availabilities of large blocks of life sciences space available in the market, so Cushman capitalized on that and converted space to life sciences space and attracted the tenant.”

The 235,210-square-foot, eight-story building recently underwent renovations that included an upgraded lobby, a conference room, a fitness center i and a tenant lounge.

“Whether life sciences or office space, Bridge is leading the way in creating work environments that help companies attract and retain talent,” said Brian Tretinik, managing director for Bridge, who leads acquisitions and asset management for the D.C. re. “Seventy-seven Upper Rock is yet another example of first-class operational execution by our entire team and partners.”

Tetracore will be relocating from 60,000 square feet at its current home at 9901 Belward Campus Drive in Rockville, so this represents major growth in terms of space. The company will occupy the third, fourth and fifth floors of the property, as well as space on the lower level.

“Vacancy rates in the life sciences market have hit an all-time low and we saw this deal as an opportunity to create tremendous value for the owner,” Powell said. “Recent renovations have allowed parts of this traditional office building to be converted into a modern, luxury, best-in-class life science space. This lease, along with other recently completed life sciences deals, brings the building to 96 percent occupancy.”

Requests for comment from the parties in the deal were not immediately returned.