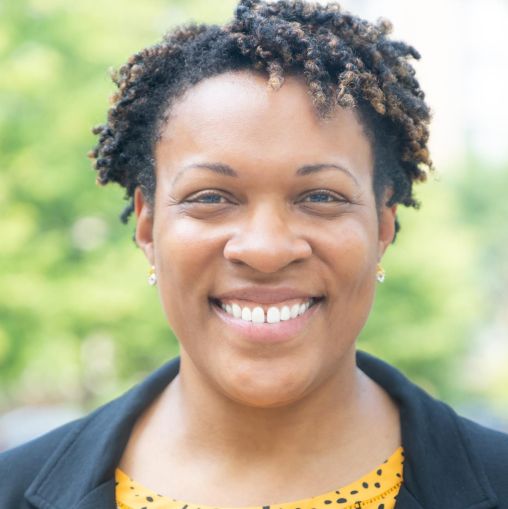 Anita Cozart is a self-described problem solver, and for Washington, D.C.’s Office of Planning, she’s serving that role in multiple respects.

Cozart, who was serving as the deputy director of the office, began her role as interim director in early January, replacing Andrew Trueblood. Trueblood spent a notable portion of his three-year tenure revising the District’s Comprehensive Plan — a 20-year framework intended to guide its future development.

As interim director, Cozart is working to solve a myriad of issues the Comprehensive Plan addresses, ranging from improving racial justice to recovering from the coronavirus pandemic.

Cozart has a background in engineering and city planning, beginning at the Office of Planning, which she first joined in 2003 as a neighborhood and citywide planner, eventually becoming chief of staff. She then left to join the nonprofit world in 2010 at PolicyLink, working to expand equal access to housing. There she established a national coalition for policies promoting fair infrastructure investment.

In her new role, Cozart is responsible for implementing the Comprehensive Plan. The document itself is an amended version of the District’s 2006 outline for the future, which didn’t quite keep pace with D.C.’s enormous growth; the area has gained 70,000 new residents since 2010. The newly amended version includes efforts to protect the District from climate change, terrorism and cyber-security-related threats and address income inequality, affordable housing and transportation.

Cozart hopes to improve safe access to public spaces that became so crucial for many during a pandemic that made indoor spaces more dangerous, she told Commercial Observer. With the District seeing the highest number of traffic fatalities in 2021 since 2007, safe pedestrian access to the area’s roads is a key issue for D.C., DCist reported. Cozart also wants to help the city meet the affordable housing goals for the District’s wealthiest neighborhoods west of Rock Creek Park, which have fought off affordable developments.

Commercial Observer: When were you first interested in city planning?

You have a broad background in equitable development and community planning. How does that translate to your new role?

This is my second time being at the Office of Planning. It was while I was in the role of chief of staff that I really started to think about this idea of political authority and agency and power. What is the role of the federal government as it relates to the District? What is the role of Congress that relates to the District? And so that led me to the nonprofit world [where I really took] a national perspective on issues like equitable transportation and community development. The idea of who holds agency and authority over what happens in cities and neighborhoods — that’s what I bring to my role as interim director.

What key initiatives in the Comprehensive Plan are going to guide your decision-making as interim director?

There are five key issues. One was related to public and civic resources, like our community centers, recreation centers, libraries and places that are important for people to gather in, and finding ways to create more opportunities for folks to have access to those.

We also looked at resilience: making sure that we are thinking about climate shocks and stressors and the way we build, the way we design our public spaces, to mitigate against [climate change] and protect people.

The other piece is around equity and racial justice, which is very important. We’re excited that there’s so much good language in the Comprehensive Plan that we’re already starting to implement about really understanding who’s receiving the benefits and who’s receiving the burdens that disproportionate by race? What are the ways that we can actually make changes to our policy — our land use policy — that support [our] goals around equity and racial justice? The last one is around COVID-19 recovery.

What do you think has changed about the city’s needs after two years of COVID?

I think a pandemic brought into sharper relief how important our goals around housing equity are. The role we have as [the Office of Planning] in making possible these land-use changes and zoning changes that enable more housing overall and particularly more affordable housing.

The other piece that was really important is people’s desire to have access to open space.  What is the way that public space can be used as a workspace? What is a way that public space can also be used as a safe gathering space that helps to fulfill our public health guidance but also gives people a connection culturally, to downtown, to each other, to places of work, recreation [and] worship?

The long and short of it is it’s a little of both. The downtown core of the District for a long time has been single use [office space]. And over several years, we’ve been trying to introduce other uses, so that the downtown could have more vibrancy. The downtown has access to great amenities like the National Mall, and all of the sets of public spaces that are in and around the National Mall, and it has tremendous access to transit. It’s really been an important goal to find ways to bring in a variety of different types of uses. Through a lot of collaboration with some of the organizations that represent downtown interests and community groups, [we’ve been] thinking through what are thoughtful approaches to encouraging this kind of transformation to include other uses that complement office.”

Do you have any other rezonings or changes planned that you can share?

We do. A lot of them are really focused on our housing agenda — finding ways to continue to expand on some of our work related to inclusionary zoning and facilitating affordable housing. That’s one of the key pieces that we’ve been advancing just to make sure that each time there’s a new development, we’re capturing as much affordable housing opportunity as possible.

The last piece is that the faith-based community in the District has really stepped up. We’ve been working with a number of faith institutions to look at zoning changes that would enable them to bring in some affordable residential particularly [to their properties].

We also have a big push for our overall housing goals. We understand that there’s some geographic inequity that exists, and particularly in our most northwesterly area of the District, there’s been an incredibly slow pace of affordable housing development. So we’ve really put in some extra tools.