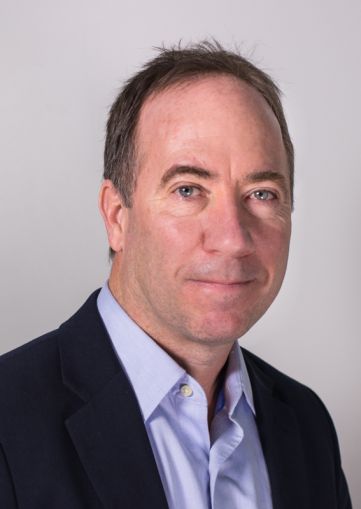 Mayor Eric Adams selected Thomas Foley to serve as commissioner of the New York City Department of Design and Construction (DDC), the city agency responsible for everything from street repairs to new libraries, Adams announced Friday.

Foley is not new to the role, however, as he has served as acting commissioner r since its former  commissioner, Jamie Torres-Springer, left for a position at the Metropolitan Transportation Authority in October 2021.

Foley has worked at the DDC even longer. He was first hired as an engineer-in-charge in 1998 and employees at the agency call Foley an “empowering leader.”

“DDC’s hundreds of construction professionals are uniquely capable of making the city’s infrastructure and public buildings reflect this administration’s agenda of public safety, equity and prosperity for all,” Foley said in a statement. “And we will continue to aggressively pursue the capital construction process improvements detailed in 2019 under former Commissioner Lorraine Grillo in order to meet the administration’s goals for fiscal efficiency.”

The DDC manages $13 billion of capital projects in the five boroughs. The agency’s  responsibilities include building infrastructure and public buildings and the Adams administration said Foley will need to meet the mayor’s expectations of better financial management in capital construction while ensuring all projects are aligned with the city’s environmental resiliency efforts.

“Thomas Foley is an experienced professional who understands the infrastructure needs of our city on a granular level, and he has been a steady hand in moments of crisis,” Adams said in a statement.

The DDC has in recent years drawn the ire of local politicians and residents frustrated by ballooning costs and long project delays. A 2017 Center for an Urban Future report found that DDC-managed projects took a median of four years to build, with a median cost of $930 per square foot, more than double the average price tag to build new office space in the city.

Things started to turn around for the agency in 2019 when de Blasio named Grillo as commissioner, splitting her time between that and her post as president and CEO of the New York City School Construction Authority. That year, the DDC released a plan to cut delays at the agency that called for modernizing its pre-construction phase, creating technology to better track timelines and continuing to pay contractors during budget increases.

During the early days of the coronavirus pandemic, the DDC was in charge of building field hospitals, testing sites, vaccination centers and other facilities.