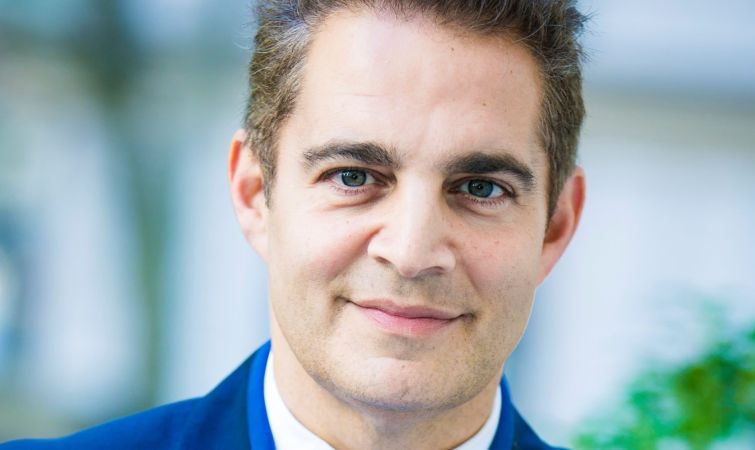 Rosewood Realty Group has teamed up with Greystone on a correspondent relationship aimed at arming its growing client base with a debt financing platform, Commercial Observer can first report.

“Working closely with Greystone is the missing capital markets puzzle piece our clients have been looking for, so we can bring full services to them throughout the entire real estate life cycle,” said Aaron Jungreis, founder and CEO of Rosewood. “Greystone’s offerings are more comprehensive than any other lender.”

The Greystone alliance comes two and a half years after Jungreis tapped Greg Corbin from The Besen Group to serve as president of Rosewood’s bankruptcy and restructuring division. The group is on track to sell roughly 45 buildings or their membership interests through bankruptcy or foreclosure sales by the end of 2022.

“The platform expansion will benefit clients and enhance the services we offer to real estate creditors and debtors,” said Corbin of partnering with Greystone. “In addition to selling properties through liquidation, we will be better equipped to provide capital, arrange joint ventures and structure preferred equity transactions, allowing debtors to remain involved in distressed deals.”

Jungreis spoke with CO about how the Greystone relationship was formed, geographic expansion targets, plans for expanding into nursing home sales and adding a new industrial real estate division.

How did this partnership with Greystone come together?

We’ve done a lot of sales over the years, but we’ve never had a financing arm. We’ve been so busy, not only in New York but in other states, and we felt that almost all brokerage companies now have a hand in financing assets so we might as well do something too.

With Greystone, it was a natural fit and I’m friendly with Steve Rosenberg [founder of Greystone].

It’s been something I’ve been thinking about for a while and instead of building up a team of 10 people, 20 people and getting new analysts and new mortgage brokers, we decided on a partnership with Greystone.

What stood out about Greystone compared to other lenders?

They do a lot of multifamily and they also do health care financing, which is interesting to me because I do want to become more active in nursing home sales.

Also, we’re doing a lot of sales for some either merchant builders or new construction and Greystone has done a lot of the [United States Department of Housing and Urban Development] financing for those builders. So when you factor in all the different aspects of mortgages that they can provide, it fits very well into what we’re doing. And even though they’re behemoths and we’re a more boutique company, being in the same building and having access to their people helps a lot.

With regard to the nursing home sector, is your interest driven largely by demographics and the aging baby boomer population?

One hundred percent. People are getting older and living healthier lives and longer lives so I think the need for nursing homes is only going to grow. I know so many nursing home operators, and I don’t think it’s as crowded a field as the multifamily field is so that’s also why there’s a place for a niche nursing home- slash health care-type broker.

In 2020 you launched your national investment sales division and you’ve already completed deals across 10 states since its launch. Are there any particular states now that you’re looking to expand into?

We’re looking to expand more into New Jersey, more into Pennsylvania and definitely continue to grow in Kentucky, Tennessee and Alabama. We’re already heavily in Texas, in Florida, and heavily in Georgia. We’re really going from Texas, east.

As you further beef up your national efforts are you also looking to bolster your hiring?

We’re actually hiring a couple of new people for our New York brokerage team because we’re still based in New York and we’re still are doing four to five deals every month in New York. And also we’re definitely going to expand and we are hiring more guys for the national platform.

As far as multifamily goes, it’s certainly been a very hot sector of late. How do you see it shaping up in 2022 in a rising interest rate environment?

I think the rental growth will still outpace the slight bump in interest rates. I do think that 2022 on the multi side will still be very strong. Interest rates going up definitely is a small concern, but all the fundamentals of multi are still very strong and rents are going up. It’s definitely gotten costlier to build, but the expenses are still pretty manageable.

You have plans to start an industrial division. What is the timeline for that?

We did one industrial deal in Connecticut and we have a couple more we’re working on. But that’s really in its infancy and might not be ready until spring or the summer. It’s definitely something that I have my eyes on.

Are there any particular goals for 2022 that you want to highlight?

We hit $2 billion or a shade under $2 billion in 2021. I really believe that we could hit $3.5 billion to $4 billion in 2022. I’m not saying that just to set lofty goals, but just from the stuff we have in contract and the pending deals that we’re doing, I do think that we could possibly double what we did in 2021. So the goal is, I would say $3.5 billion to $4 billion of sales. I do think it’s attainable.