The bill would allow financial contracts that do not currently have U.S. Dollar LIBOR replacement language to be seamlessly transitioned to a new benchmark rate without interruption, minimizing risks from LIBOR’s forthcoming cessation. 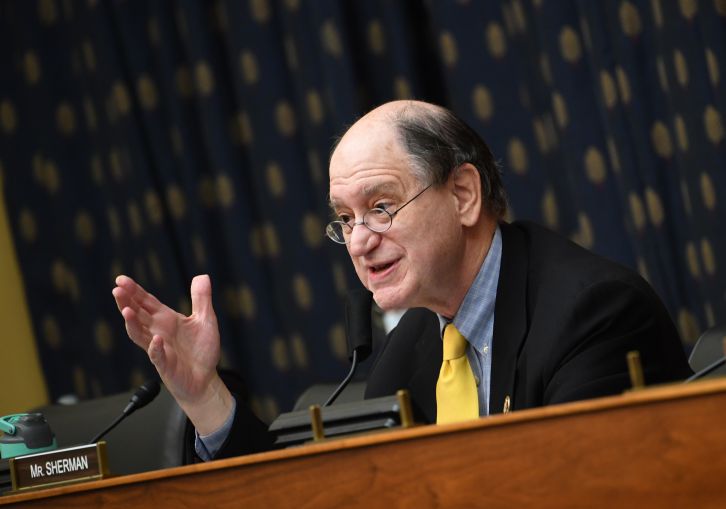 The federal government is a giant step closer to helping the phase out of a key standard for interest rates in financial contracts, including mortgages.

On Wednesday night, the U.S. House of Representatives passed a bipartisan bill that would set up a framework for allowing for the trouble-free replacement of the benchmark U.S. Dollar London Interbank Offered Rate (LIBOR) interest rate in many financial contracts.

The legislation would make for a more seamless process in replacing LIBOR in trillions of dollars worth of existing contracts — called “tough legacy contracts” — that do not currently have fallback terms in place to establish an alternative rate for the expiring benchmark rate. Rep. Brad Sherman, a Democrat from California, sponsored the legislation, which is called the Adjustable Interest Rate (LIBOR) Act of 2021 — or H.R. 4616. It passed the House 415-9.

It marks just another step in the process of smoothly phasing out LIBOR in favor of the Secured Overnight Financing Rate (SOFR), the successor benchmark interest rate that was selected by the Alternative Reference Rates Committee (ARRC) in 2017. The ARRC is a group of private market participants and organizations formed by the Federal Reserve Board and the Federal Reserve Bank of New York in 2014 to explore and address risks associated with using USD LIBOR as a reference rate.

The overarching goal of H.R. 4616 is to help sew up the stability of nationwide financial markets and minimize risks to about $200 trillion in financial contracts that are still tied to USD LIBOR. Many of these contracts do not address the end of USD LIBOR or do not have contingencies in place to pivot to an alternative rate by the time it ceases to be published completely in 2023. Those risks include things like “disruptive litigation and adverse economic impacts associated with the transition,” according to a statement released Thursday by ARRC, which wrote that the bill should provide greater certainty to a range of investors, businesses, and consumers “as the financial system continues its transition away from LIBOR.”

“Federal legislation is vital to the success of the transition away from LIBOR,” Tom Wipf, vice chairman of institutional securities at Morgan Stanley and chair of the ARRC, said in a statement. “As we enter LIBOR’s final days, this targeted solution will provide certainty not only to a diverse array of corporate borrowers and lenders, but to retail bondholders and consumers, whose student loans, mortgages, and investment accounts the legislation will protect from disruption and value degradation.”

Contracts that already have fallback language in place can, of course, opt out of the arrangements included in the legislation, and it will not impact the ability for parties in a transaction to utilize another appropriate benchmark rate in new contracts.

Financial groups and trade organizations, including the Commercial Real Estate Finance Council (CREFC), had raised concerns about the possible fallout from not having federal legislation in place to ease the transition from LIBOR for those still under tough legacy contracts.

On Dec. 7, ahead of the vote on the bill, 21 financial trade organizations came together to send a letter to House Speaker Nancy Pelosi and House Minority Leader Kevin McCarthy highlighting their support for the bill, as well as their concern for what might happen should it not pass.

“Without federal legislation to address these contracts, investors, consumers, and issuers of securities may face years of uncertainty, litigation, and a change in value,” the letter read. “This would thereby create ambiguity that would lead to a reduction in liquidity and an increase in volatility.”

The letter went on to say that the legislation would create a “safe harbor from litigation for parties that are covered by the legislation and [prevent] otherwise inevitable litigation costs and gridlock. The need for uniform federal legislation has been expressed by consumer groups, investors, financial regulators, and industry participants.”

CREFC Executive Director Lisa Pendergast, in a statement Thursday, called the bill an “important piece of the LIBOR transition,” adding that “federal legislation gives more certainty for everyone in the market, and we urge the Senate to act swiftly to send the legislation to the president’s desk.”

Bank Policy Institute (BPI) CEO Greg Baer said in a statement the same day that his organization “applauds the passage” of the bipartisan bill, which was introduced in Congress on July 22.

He said the legislation will undoubtedly “help with the LIBOR transition by providing clarity to tough legacy contracts without adequate fallback language. Businesses and households will benefit from legislation that removes the frictions of a costly, complicated LIBOR transition from these contracts.”

Baer said BPI will be working with the U.S. Senate to advance the bill and also “ensure it will provide adequate certainty for these contracts to continue after LIBOR.”

Some have considered LIBOR to be a more flexible and forward-looking benchmark rate, because it is calculated each day by surveying major global banks on what rate they would charge to lend uncollateralized money to each other. But, nowadays, interbank lending isn’t as prominent as it once was, representing a much smaller fraction of a bank’s total assets compared to deposits.

LIBOR’s reputation, though, took a hit in the wake of the global financial crisis 13 years ago, when it was revealed that major banks were actually manipulating the daily figures. The reliability of LIBOR as a benchmark then came into question, and regulators began searching for an alternative.

Some financial professionals told CO they see SOFR as a more accurate barometer for cash value, since it is set by tracking actual overnight, collateralized transactions happening in the repo market, or the secondary trading market. That said, those professionals also commented that SOFR’s drawbacks include it being essentially backward-looking compared to LIBOR’s more forward-looking, speculative assumptions.

Commercial real estate investors and financiers have said that that wrinkle means it is hard to think SOFR’s five-, seven-, 10- and 12-year term offerings would align with LIBOR. The subject of rate continuity in the transition to a new benchmark is a key point for many borrowers, lenders and investors who have spoken to CO.