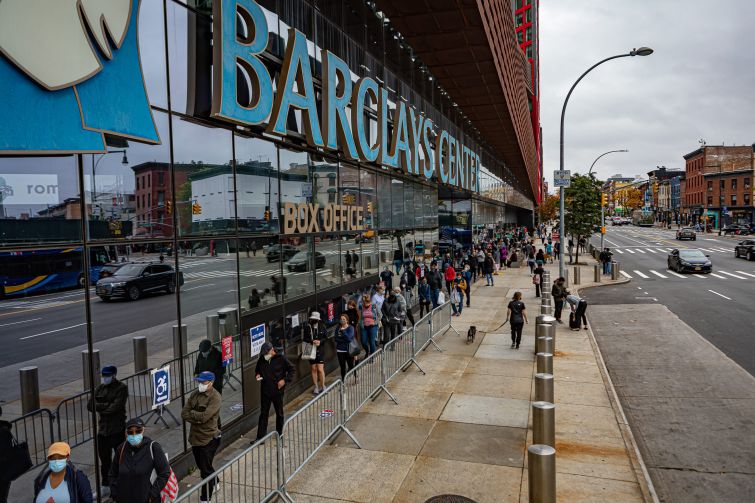 At least seven staffers at the firm SHoP Architects are seeking to unionize the company’s 135 staff members, aiming to get shorter hours and better pay for the white collar workers.

Organizers have said that more than half of their eligible colleagues have signed union cards — above the requirement of 30 percent for an election, The New York Times reported. The organizers plan to become a part of the International Association of Machinists and Aerospace Workers and asked SHoP to voluntarily recognize the union, thus avoiding the need for a vote process.

SHoP did not respond to a request for comment on the unionization efforts.

Staffers at SHoP said they regularly work about 50 hours per week, rising to 60 to 70 hours a week nearly even month when deadlines approach, and that this work schedule is common among younger designers making between $50,000 and $80,000 a year, the Times reported. While full-time workers in the U.S. earned a median income of $47,216 per year in 2019, SHoP staffers said the salary was not enough for those with student debt.

The union organizers, going under the name Architectural Workers United, are seeking better working conditions for designers within the company. And a union drive might be in store for more than just SHoP, known for its design of the Barclays Center in Brooklyn. Union spokesperson David DiMaria told the Times that two other architecture firms could unionize, though he declined to identify which. DiMaria did not immediately respond to a request for comment.

The Architectural Workers United is one of multiple high-profile unionization efforts ongoing in New York, which include at an Amazon warehouse facility in Staten Island and at Starbucks shops in Buffalo.