On the Death of Brick-and-Mortar Retail: Not So Fast, CRE Experts Say 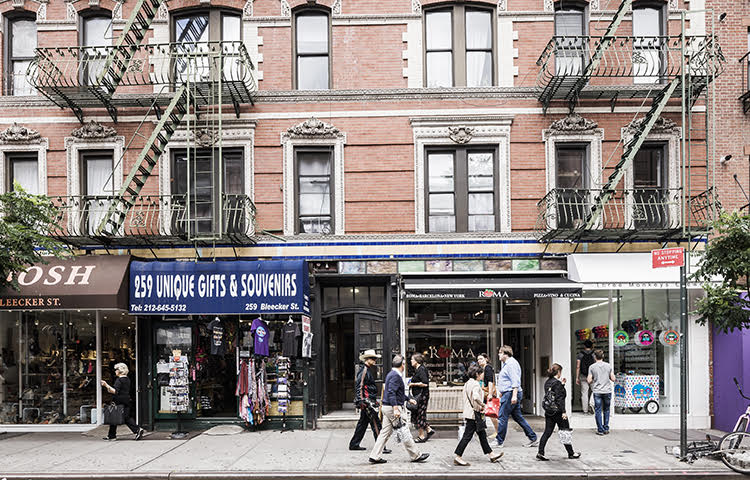 With all the recent talk about how industrial has prospered throughout the pandemic while other sectors have fallen, brick-and-mortar retail has exhibited a thoroughly unexpected recovery in recent months.

This was one of the significant trends discussed during “CRE 2022 — Real Estate Trends to Track,” a Dec. 8 webinar hosted by Commercial Observer’s Partner Insights and presented by Placer.ai.

SEE ALSO: How Hybrid Work and Work-From-Home Have Impacted Retail

The panel featured thoughts from moderator Ethan Chernofsky, vice president of marketing at Placer.ai, as well as from Daniel Klein, president of Klein Enterprises, and Brian Roache, a managing director at Atlantic Retail.

Chernofsky began by talking about brick-and-mortar retail’s surprising performance of late, as by Nov.15, visits to physical retail establishments were up over 7 percent from the same period in 2019.

While Klein said he approached the figure with caution, he believes it shows cause for optimism.

“It’s been difficult to identify what is a true recovery versus what is just people normalizing behaviors,” Klein said. “We’re finding that as society starts to come back, people want to socialize. For many, socializing in the world today is going to shopping centers and retail stores — getting out and doing things we weren’t able to do before. I think it’s a sign that retail is definitely not dead. A lot of retailers are experiencing sales that are significantly higher than they were in 2019. We’re excited about the potential for retail to be a catalyst for socialization.”

“We’ve always been bullish on brick-and-mortar retail,” Roache said. “Brick-and-mortar retail will play a critical role in retail’s strategy for reaching their core customer base and delivering goods and services; it’s as critical as ever. While e-commerce is a growing portion of the retail pie, the vast majority of transactions are still taking place inside physical stores, and surveys we’ve read show that customers like having a mix of options for interacting with brands.”

On that point, Chernofsky noted that the pandemic has forced companies to take a longer-term view on business decisions, which has led to better, smarter outcomes for many.

“Retailers are thinking differently about the experience they provide, which has potential for a net gain off of this,” Chernofsky said. “I don’t think we expected that a year and a half ago.”

When asked if the performance of any other sectors particularly impressed them, Roache discussed the restaurant industry.

“Outside of health care, no single industry has had more obstacles over the last 20-plus months, whether from government regulations or the overall stigma with the public that their business contributes to a public health disaster. And then, throw in a labor shortage and rising prices,” Roache said. “Yet by many estimates, 90 percent of restaurants managed to keep their doors open. They adapted to different ways of delivering their goods to their customers. That sector really impressed me.”

Rather than discussing a specific sector, Klein mentioned Target.

“I realized early on during COVID that there was a psychology behind people not going to three or four stores, because it would increase their exposure,” Klein said. “And so a place like Target, where you could get groceries, clothing, electronics and more, has allowed them to thrive because people can go to one location and get a lot of different things. But also, companies like Target that have an e-commerce presence that make it easy on the customer to shop are going to thrive.”

The discussion then shifted to labor shortages, with Roache mentioning that the widely discussed shortages have not blunted business’ appetite for deals or growth.

“Our clients are purchasing equipment and sitting on it so they can meet lead times for stores that will be opening eight to 12 months down the road,” Roache said. “They’re not saying, ‘I can’t move forward with this deal because I can’t staff it.’ They’re not having those discussions today.”

Part of the reason for this is that it’s too early to tell how long “The Great Resignation” will continue. Therefore, businesses can’t make long-term plans based on the assumption that labor shortages will be an ongoing concern.

“If something like that were to continue, it would obviously impact their operational model,” Roache said. “But I think it’s still too early to say whether this is a short-term thing. Will we return to normal? It’s still tough to say.”

Klein gave an example of how labor issues are affecting a restaurateur friend in crisis.

“I was with a friend yesterday who owns a number of restaurants in the Washington, D.C. area,” Klein said. “A general manager of one of his restaurants just gave notice that he was resigning, and they have a lease renewal coming up. They’re making the decision — do they even try to find another GM, or do they just close down? In a normalized environment, you just find another GM because it’s not a problem; people are there and available. This ties into how we are still not in a normal environment. Hopefully we’re getting there, but everyone needs to continue to expect the unexpected.”

But Klein noted that even with issues like labor shortages and a fractured supply chain, positive results are visible to those who seek them out, and many of them have positive ramifications for the future.

“Multifamily rents have increased substantially across the country because there’s a shortage of housing,” Klein said. “So, if it costs a little bit more or takes a bit longer to build something, you still have that demand. On the retail side, people are building decks because they’re spending more time at home, so there’s been a reallocation of dollars. Someone didn’t spend money going on vacation and they have an extra $10,000. If a television costs $1,200 instead of a thousand, there’s that analysis being done because they’ve still been able to save some money. I think a lot of people realize that life is precious, and they still want to live it. So, if there are some minor cost increases, they’re still going to spend money for the things they want in their lives.”