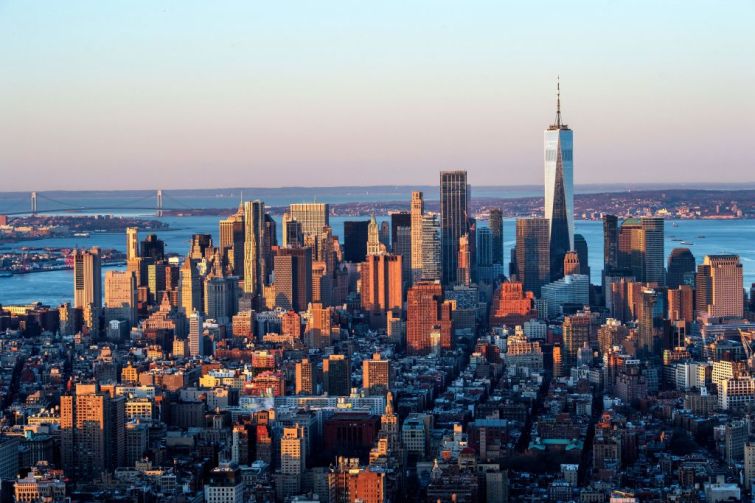 New residential buildings in New York City will have to be all-electric by the end of 2027. Photo: ANGELA WEISS/AFP via Getty Images

The New York City Council voted 40 to 7 on Wednesday to pass a historic ban on gas stoves and heating systems in new buildings in New York City, in the latest victory for environmentalists who have been pushing for building owners to reduce their carbon emissions.

The legislation, which aligns with Mayor Bill de Blasio’s long-term goal of making the city carbon neutral by 2050, will ban natural gas lines and gas-fired appliances in all new construction buildings by 2027. The prohibition on gas stoves and boilers will apply to new buildings of six stories or less starting on Dec. 31, 2023, and then to new buildings of seven stories or more starting at the end of 2027.

Small buildings where 50 percent or more of the units are subject to a regulatory agreement for affordable housing have a slightly longer phase-in period. The bill exempts affordable projects under seven stories that have construction documents approved on or before the end of 2025.

“Buildings are the largest source of greenhouse gas emissions in New York City,” said Councilmember Alicka Ampry-Samuel, the bill’s main sponsor. “If we are serious about meeting our emission reduction goals then we need an immediate shift. The Gas Ban Bill literally provides a clear pathway to codifying and reaching our goals.”

The bill also tasks the mayor’s office with producing a report on the use of heat pumps — both geothermal and solar-powered — and on electric water heaters, which can be expensive to source for larger buildings and typically have to be installed for each individual apartment.

The policy, known as “Gas Free NYC,” meshes with the larger implementation of Local Law 97, which seeks to force landlords to reduce their carbon emissions 80 percent by 2050. However, implementation of the law has been spotty during the pandemic.

Owners and their engineering teams have been scrambling to meet the first emissions 2024 reduction deadline with limited guidance from the mayor’s office or the city Department of Buildings on the nuts and bolts of the law.

State legislators — backed by environmental groups like NYPIRG and New York Communities for Change — are even working on their own measure that would force developers of new buildings to go all-electric by 2024.

“Today, the NYC Council sent a clear message: ‘The time of fossil fuels is over in New York City,’” said Megan Ahearn, the program director for NYPIRG. “By passing the gas ban, the City Council lays out the steps that New York State and other cities must emulate to combat climate change, cut deadly air pollution, and create clean energy jobs.”

Wednesday’s City Council meeting also included a vote on extending the J-51 tax abatement, which allows owners of older residential buildings to get a break in their property taxes in exchange for conducting significant renovation work or converting a commercial building to a residential one.

The tax break expired in June 2020, leaving owners of older buildings wondering whether they will get the tax abatement for replacing their elevators or boilers.

The new legislation would extend the program through June 30, 2022 and allow work completed through that date to be eligible for the abatement. Although the measure passed overwhelmingly, a handful of council members voted against the extension, including Brooklyn Councilmembers Brad Lander, who represents Gowanus and Park Slope, and Stephen Levin, who represents Greenpoint, Williamsburg and Brooklyn Heights.

Lastly, the Council greenlighted a rezoning to redevelop 175 Park Avenue, which is currently the Grand Hyatt Hotel next to Grand Central Terminal. The new 1,575-foot-tall building will hold 2.1 million square feet of commercial space, including a 500-room hotel and a new 5,300-square-foot transit hall, which will serve as a new entrance to Grand Central and to the 4, 5, 6, 7 and shuttle subway trains.