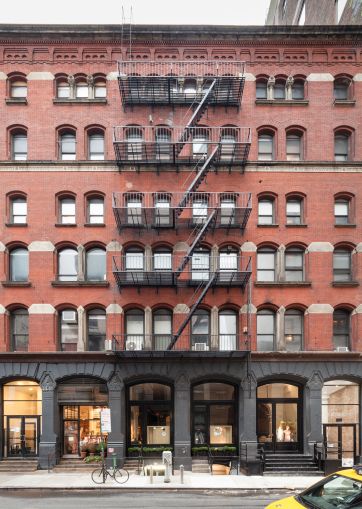 Hakim said Morgan Stanley was “fantastic in their ability to provide Cape Advisors with fixed-rate financing with favorable terms and structure.”

In 2016, Cape Advisors finished a complete rehabilitation and renovation of the pre-war building, according to property-level information from PropertyShark. The firm nabbed about $30 million in debt from East West Bank in 2014 to help fund the work, city mortgage records show.

The developer quickly leased up the property, which now features furniture, insurance, advertising and tech tenants, such as publicly-traded insurance firm Lemonade Insurance Company, advertising company Pereira O’Dell and furniture retailer BDDW, which is one two tenants inside the property’s ground-floor and lower-level retail space. Lemonade, which went public in June 2020, is going to be expanding its presence in the building over the next 18 months, according to Meridian Capital.

“The closing of this transaction highlights the continued demand for high-quality boutique office space in core downtown Manhattan markets,” Hakim said. “Tenants such as BDDW and Lemonade value the irreplaceable character of a loft building along a cobblestone street in SoHo.”

Officials at Cape Advisors could not be reached.