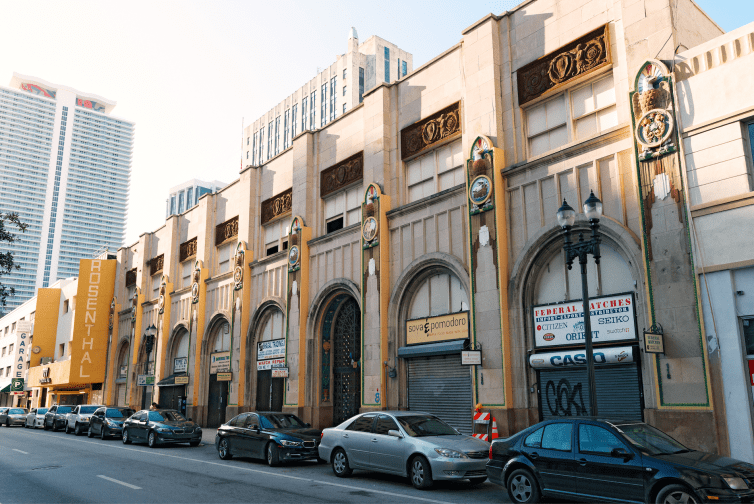 After closing on three retail properties in the Flagler District last week, Downtown Miami’s biggest landlord is at it again.

Moishe Mana purchased another two properties in the Flagler District for a combined $34.3 million, the Mana Common CEO announced. The acquisitions bring his total to three along the same street in just the last week.

The first of the two is the historic Shoreland Arcade, a two-story former arcade built in 1925. Mana paid $29.5 million for the 89,994-square-foot building at 120 NE First Street in an off-market transaction.

The arcade is on the National Register of Historic Places and was built by the Shoreland Companies, the original developer of the Venetian Islands and the Miami Shores neighborhood. The building was used as the main sales office for Miami Shores, and the developer had plans to build a tower above the two-story base, but went bust shortly after it was built. Other plans, including a nine-story addition proposed in 1944, and designs for a 20-story building to replace it, also went unrealized. The plus-shaped building has entrances on NE First Avenue and E Flagler Street.

The purchase of Shoreland Arcade continues Mana’s shopping spree along NE First Street. Earlier, as part of a $25 million buy, Mana purchased 173 NE 1st Street, across from Shoreland Arcades, and 100 N Miami Avenue, at the corner of NE First.

Mana owns over 50 properties in Downtown Miami, and has long planned to makeover the district.

Colliers’ Mika Mattingly and Cecilia Estevez represented both Mana and the seller Broks Center LTD in the Shoreland transaction.