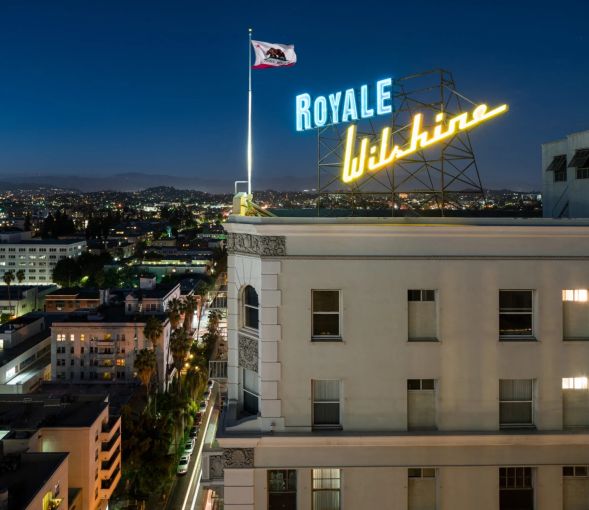 The 193-unit property with just under 9,000 square feet of retail is located at 2619 Wilshire Boulevard. photo: Mwest Holdings 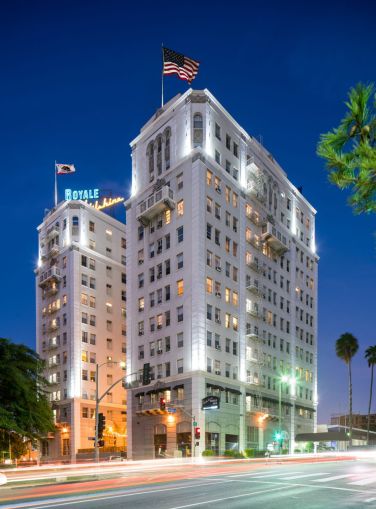 MWest Holdings has unloaded the historic Wilshire Royale in Los Angeles’ Westlake neighborhood for $45.5 million, or $233,160 per unit.

Mosser Capital Management acquired the 193-unit property with just under 9,000 square feet of retail at 2619 Wilshire Boulevard. The 94-year-old property is sandwiched between Downtown L.A. and Koreatown, and it’s also between the subway stations at MacArthur Park and at Wilshire and Vermont Avenue.

“Wilshire Royale, constructed in 1927, has become an iconic landmark in the Westlake neighborhood and is one of only a handful of restored neoclassical buildings left in Los Angeles,” Green said. “The building’s 14,757-square-foot rear parking lot qualifies for a Transit Oriented Communities Tier 3 density bonus, allowing for an up to 63-unit multifamily development.”

Wilshire Royale’s floor plans include efficiencies, studios, and one-, two- and three-bedroom layouts. The property features a fitness center, a conference room, a business center and a swimming pool with a spa.

“Originally constructed as the upscale Arcady apartment-hotel, Wilshire Royale exemplifies the opulence of Neoclassical, Beaux-Arts architecture and has been extensively renovated to provide the ultimate living experience in a submarket with compelling demand drivers,” Grabiec said.

Multifamily investment sales in Greater L.A. have spiked at the tail end of 2021 as developers and landlords see average rents rising throughout the region. The USC Casden Economics Forecast projects triple-digit dollar rent increases over the next two years for apartment dwellers throughout Southern California.