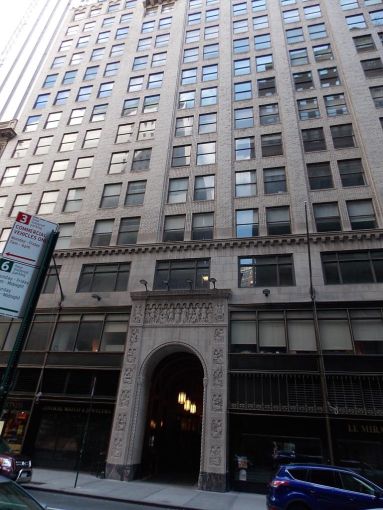 The renowned architecture firm’s new lease brings its total footprint at the 31-story tower next to Bryant Park to more than 100,000 square feet, the New York Post reported. The rent for space in the building, between Fifth Avenue and Avenue of the Americas, started in the $60s per square foot and KPF scored one year of free rent on the expansion, according to the Post.

It was not immediately clear who brokered the deal for KPF and Tishman Speyer declined to comment on the terms of the deal for the 1920s Art Deco office building, also known as Salmon Tower.

The firm’s neighbors include New York University which has 115,875 square feet across the fourth, fifth and 10th floors that houses the institution’s School of Professional Studies.

NYU also renewed its lease in the building in November and scored concessions at the property, including six months of free rent and a tenant improvement allowance of $30 per square foot — which brought the net effective rent down by about $10 per square foot, as Commercial Observer previously reported.

Tishman Speyer represented itself in-house in the transaction.

Update: This story has been updated to include information from Tishman Speyer.