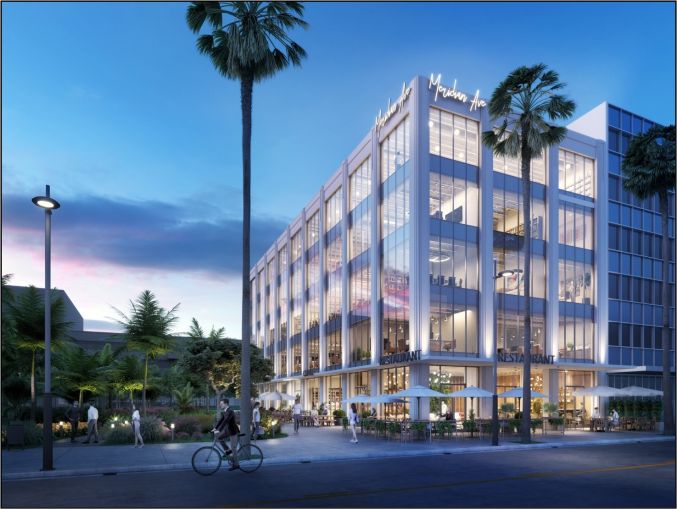 A joint venture between Integra Investments and Constellation Group sold the five-story 1674 Meridian building for $26.5 million to Juan Jose Zaragoza, the founder and managing of Exan Capital, all parties confirmed to CO.

The boutique building is located one block from Lincoln Road, one of South Beach’s main shopping streets with Apple, Nespresso, Zara and Sephora stores. The 33,384-square-foot building includes 5,505 square feet dedicated to retail on the ground floor.

Integra and Constellation bought the Miami Beach building for $10.1 million in 2019, according to property records, and spent millions of dollars renovating the structure. They created move-in-ready offices, added features such as touchless elevators and enhanced the façade. (A representative for the venture did not divulge the exact cost of the renovations.)

The building is 55 percent leased, the sellers said. Other tenants include a New York business consultancy, Rosemawr Management, which signed for 2,104 square feet, and Creatd, whose office will encompass 1,364 square feet.

Miami-based Integra Investments, led by Victor Ballestas, has executed over $2.3 billion of real estate developments since its inception in 2009, including those in the pipeline, according to the firm. Also headquartered in Miami, Constellation Group, founded by Eduardo Otaola, specializes in value-add investments.

As high-profile companies relocated south and sought quality spaces, office rates have held up during the pandemic in the Miami area among top offerings. Miami Beach is a land-constrained market with few parcels available for development, unlike other nearby districts such as Downtown Miami.

Miami Beach’s Class A offices boast some of the highest asking rents in the county, averaging $59.22 per square foot, while also having one of the lowest vacancy rates at 11.2 percent, according to data compiled by brokerage JLL for the third quarter of 2021.

Julia Echikson can be reached at Jechikson@commmercialobserver.com.