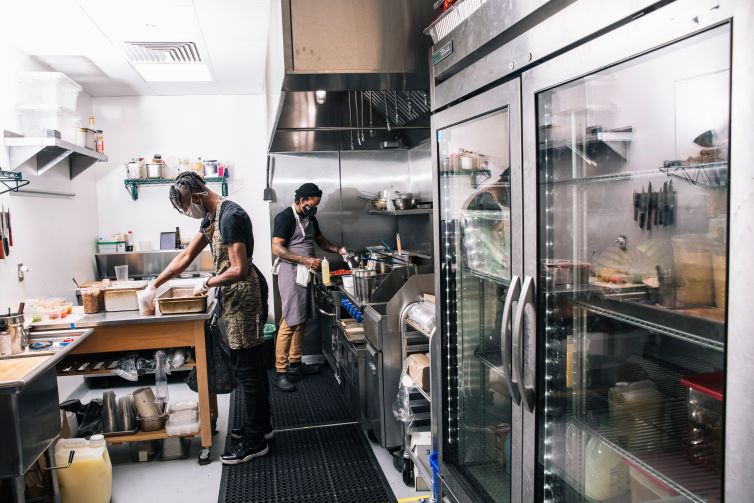 COVID-19 has changed a lot of the ways in which people work, live, and, yes, even eat. Although restaurants are now open for business — with various restrictions based on local regulations — for a good portion of 2020 that was not the case. The trend of commercial kitchens handling takeout-only food preparation accelerated, and so-called ghost kitchens have begun to proliferate — and will continue to do so.

There are certain legal concerns particular to leasing and using such facilities that both the lessor and the lessee must consider, and the sooner, the better. The agreement establishing the relationship should be carefully drafted and considered by all parties.

If the ghost kitchen is designed and intended to be shared by a number of users, either time- or space-wise, complications can develop. No lessor wants to monitor and control the moment-by-moment behavior of lessees in those circumstances, and there will inevitably be an implicit expectation of good faith and reasonable cooperation. People may bump into each other, often literally. Although any legal document may explicitly require the same, the difficulties of enforcing such a requirement are pretty evident.

A solution may be to give the lessor broad discretion in dealing with lessees causing difficulties for the other lessees in the space. So long as the lessor is itself acting reasonably and in the interests of all the lessees, this discretion shouldn’t be too concerning to a well-behaved lessee.

No lessee would like to think that they would be singled out for the enforcement of standards.  For that reason, the concept of non-discriminatory enforcement might be added to the standards required under the lease.

There are two ways to write this idea, one of which benefits the lessor and one the lessee.

In a shared facility, it’s going to be crucial to clearly establish what equipment may be used by each lessee at what times. Unless each area contains a fully equipped kitchen, there will arise the necessity of taking turns. To avoid the friction inevitable in such an arrangement, the agreement between the parties should be as concrete as possible.

Commercial food preparation requires, often by regulation, stringent requirements for cleanliness. The agreement will require lessees to adhere to the strictest cleanliness standards and deliver the used equipment to the next user in a condition to allow that next user to begin using the equipment without having to fix any problems the previous user caused.

Different users might be working with restaurants or chefs with proprietary methods or recipes.  It behooves all parties to include strong confidentiality language in the governing document.  Such language will hopefully dissuade a neighboring user from taking advantage of the information or techniques they might be exposed to by sharing the kitchen.

A ghost kitchen leased to a single user, and not shared among various users, will lack some of these concerns. It will have others, though.

For example, what if the user isn’t satisfied with the equipment on offer? Will they have the right to replace it with items that better fit their needs? Does the new equipment become the property of the lessor upon installation? (Probably not.) If the new equipment will depart with the former lessee at the end of the term, will the old equipment be discarded or merely stored for later replacement? If stored, is there an on-site location that can be utilized for that purpose?

One concern that both situations share is an overriding need to comply at all times with whatever is necessary to keep the kitchen legally operating. There will almost certainly be a local governmental authority of some kind regulating commercial kitchens with respect to hygiene and sanitation. A failure to maintain the legality of the space will have immediate and catastrophic consequences.