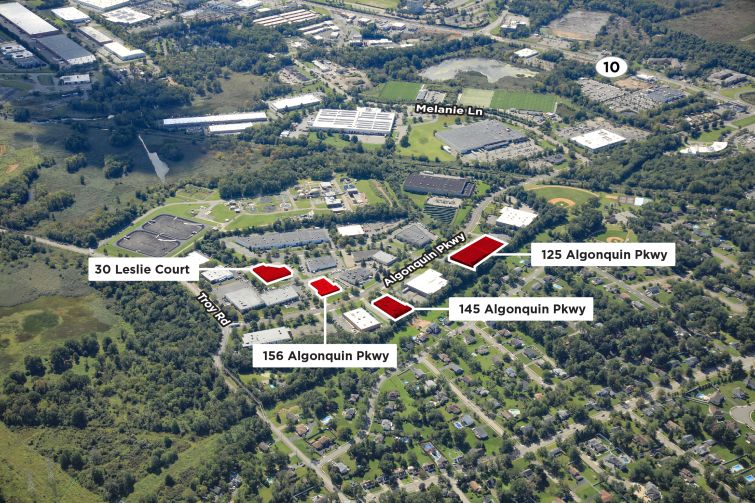 Industrial investment firm Faropoint has acquired a 10-building portfolio in Northern New Jersey from Kushner Companies for $132.5 million as part of the company’s national expansion efforts into the New York City market, Commercial Observer has learned.

The acquired last-mile properties in Faropoint’s expanded footprint are all located within in-fill areas throughout Bergen and Morris counties, and comprise a combined 654,633 rentable square feet. The properties are collectively 98 percent leased to tenants in a cross section of industries that include health care, biotechnology, distribution and community service providers.

Faropoint finances all its acquisitions through a revolving credit facility provided by Key Bank.

“This acquisition is strategically important for Faropoint due to the portfolio’s proximity to the high barrier-to-entry, densely populated New York metro submarket,” Ohad Porat, chief investment officer at Faropoint, said in a statement. “We are hyper-focused on investment opportunities in the New Jersey and New York metropolitan area.”

Faropoint is planning to undergo capital improvements at all of its newly acquired assets, including  repainting, new LED lighting and roof replacements.

“Faropoint has been watching and analyzing the Northern New Jersey industrial market for quite some time, and we believe that this market is well-positioned to capture future growth as some of the core locations in the New York metro area have experienced unprecedented rent growth during the last 12 months,” Vadim Greenberg, the head of acquisitions at Faropoint, said in a statement.

Farpoint manages more than 20 million square feet of industrial properties in major metropolitan areas across the Southeast, Northeast, Midwest and Texas. The firm, which was founded in 2012, has had a busy 2021, purchasing 148 buildings totaling nearly 9 million square feet in 85 separate transactions.

“We were impressed with Faropoint’s execution capabilities and the speed at which they operate, which enabled the transaction to close within 39 days,” Duval said. “We look forward to continuing to collaborate with Faropoint as they move forward with their ambitious national expansion strategy.”