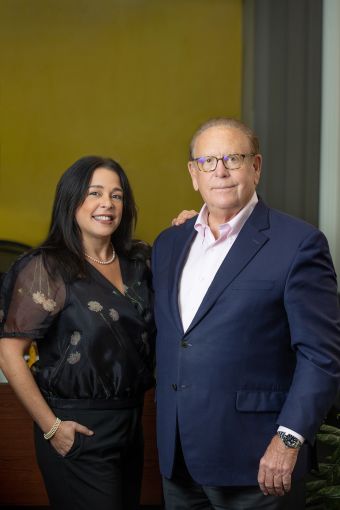 Douglas Wilson Companies (DWC) has elevated Michele Vives to president where she will look to expand on her work advising real estate investment trusts in the execution of deals for unique asset classes.

Vives, who spent the last nearly eight years as vice president at DWC, assumed the presidency position in early December. She has taken a number of roles at the San Diego-based real estate company during her tenure at the firm and helped to spearhead development deals nationally across a variety of sectors, from senior housing to surf lagoons.

Commercial real estate has been a second career for Vives, who entered the profession 17 years ago after initially working as an industrial psychologist in Chicago. Prior to arriving at DWC in 2014, Vives spent six years as a business development manager for San Diego developer Lankford & Associates, focused largely on ground-up development of retail and mixed-use projects throughout Southern California.

Vives has embraced life on the West Coast since her move from the Midwest and credits Wilson for mentorship and commitment to the firm as key reasons she decided to make DWC her longtime home.

“He’s just really made me feel very empowered and has given me the tools where I feel comfortable taking this role on under his guidance, and to really continue to hone my own expertise,” Vives said. “I’m really thrilled about it.”

DWC has four different platforms that include work in ground-up construction, advising owners on receivership matters, brokerage services and serving as an estate-planning adviser for families’ real estate assets. The firm, which was founded in 1998, has worked on more than 1,200 deals with assets valued in excess of $15 billion.

Under Vives’ leadership, DWC launched a senior living division where she is responsible for development, procurement and project management for a portfolio expected to eventually reach 10 properties in the Western U.S. Under the program, she helped DWC secure $30 million of financing for Otay Ranch Senior Living, a 111-bed housing community in ChulaVista, Calif.

In addition to working with a number of REITs, Vives also gives guidance to owners of more complicated assets such as surf lagoons and wave pools. Vives is hoping to grow work within this asset class that is largely foreign to most real estate companies, given her experience in working on land use and entitlement work.

“Because Douglas Wilson companies has this diverse platform we can tackle highly complex projects that have unique land use and entitlements and even infrastructure needs to them,” Vives said. “We have many different people who can wear different hats in terms of the real estate process.”

Vives said the most rewarding part of the job for her is tackling complicated transactions with many layers working in concert with municipalities and she hopes more deals like this are on the horizon as president.

“When I think about the things that I enjoy the most, it’s probably those deals that are kind of in limbo, “ she said. “The more complex and the more problem-solving in the asset the better. For me, personally, I enjoy being very challenged.”