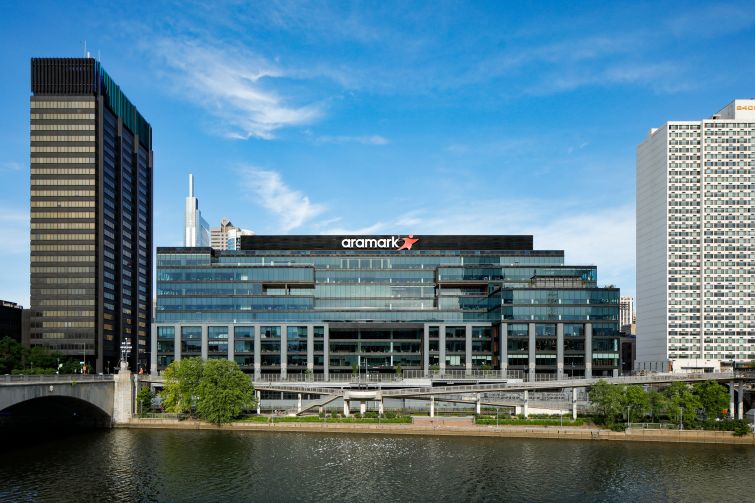 Lubert-Adler has nabbed $220 million in debt from Deutsche Bank to refinance its roughly 593,000-square-foot creative office building at 2400 Market Street in Philadelphia, Commercial Observer has learned.

Philly-based Lubert-Adler and its joint venture partner PMC Property Group  acquired the property several years ago when it was called the Marketplace Design Center and subsequently moved to gut renovate and expand it to be used primarily as the global headquarters for food service, facilities and management firm Aramark.

The pair turned it into a mixed-use pillar of Philly’s downtown area, expanding it from five to 11 stories. The owners also brought in a private social club, Fitler Club, to be housed in about 80,000 square feet in the building.

Newmark’s Dustin Stolly and Jordan Roeschlaub spearheaded the arrangement of the refinance, alongside Chris Kramer, Nick Scribani and Benjamin Kroll.

Located on the banks of the Schuylkill River, across the water from the University of Pennsylvania, the property is just a few blocks away from Philadelphia City Hall and key downtown areas, such as Center City West and Rittenhouse Square.

Lubert-Adler CEO and co-Founder Dean Adler has previously referred to the property — designed by Gensler — as “the gateway to Philadelphia,” given its location. It is near an ample amount of public transportation, retail and fresh residential development, and is situated on Market Street, which runs straight through the center of the city.

“The Lubert-Adler team has truly created a one-of-kind building and this execution speaks to the demand within the lender universe to finance a best-in-class product with this sponsor,” Stolly said.

Roeschlaub added that Lubert-Adler now has “very accretive financing in place to continue to help reap the benefits of their work.”

Representatives for both Deutsche Bank and Lubert-Adler did not respond to a request for comment prior to publication.