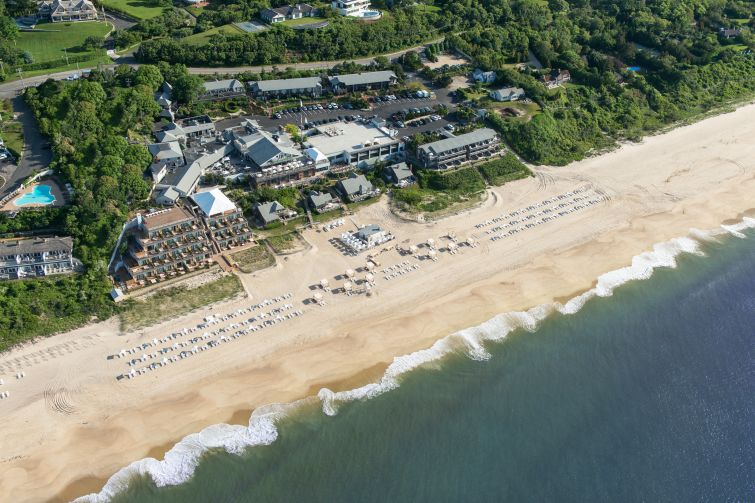 Metrovest Equities and BLDG Management have been cashing in on a ramped-up debt market that’s warming to the hospitality sector to expand their Gurney’s Resorts brand and recapitalize existing luxury haunts under its umbrella.

The duo just recently refinanced Gurney’s Montauk Resort and Seawater Spa in the East Hampton hamlet of Montauk, N.Y., with a $217.5 million loan from Deutsche Bank, Commercial Observer has learned.

Gurney’s Montauk Resort and Seawater Spa is located at 290 Old Montauk Highway, which is about a three hour drive east from Manhattan. The luxury resort includes 158 waterfront hotel rooms and suites, as well as a collection of beachfront cottages situated along an exclusive, 2,000-foot-long beach.

The ownership duo has poured about $30 million into value-add renovations over the last three years in a push to upgrade and expand the property’s amenities, including the addition of a seawater spa, which is set to open in the first half of 2022, according to information from Newmark. The concept for the seawater spa was established with input from Alonso Designs.

Gurney’s Montauk Resort sits on almost 11 acres and has five restaurants, a suite of watersports offerings, shopping and ample space for meetings and events.

Newmark’s Dustin Stolly and Jordan Roeschlaub, alongside Chris Kramer, Nick Scribani and Jake Neeb, advised in the arrangement of the Deutsche Bank loan on the Montauk resort. Stolly and Roeschlaub also spearheaded the acquisition financing on Metrovest and BLDG’s buy of Sanctuary Camelback Mountain Resort last month, which marked the start of Gurney’s western expansion.

Metrovest and BLDG’s Gurney’s Montauk resort is one of two such properties the duo owns in the area. The partnership bought the then-called Montauk Yacht Club Resort and Marina in 2018 and rebranded it as Gurney’s Star Island Resort and Marina, as CO previously reported.

Officials at Metrovest could not immediately be reached for comment. A representative for BLDG did not respond to an inquiry prior to publication.