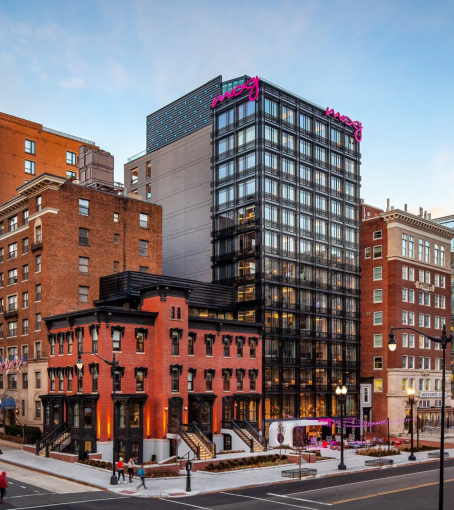 “In developing the Moxy from the ground up and renovating the Courtyard, we were able to exit in a sale and really recognize their full potential,” Norman Jemal, Douglas Development’s managing principal, told Commercial Observer. “Both hotels are under the well-established Marriott brand and in close proximity to one another, which really creates a lot of value. Because we understand it is beneficial for both hotels to be under one owner, selling these properties to Dauntless presented us with the opportunity to monetize on their value in an efficient manner.”

Dauntless is a private equity affiliate of Twin Bridges Hospitality, and owns hotels such as the 110-room AC Hotel by Marriott Wailea Maui.

“For Dauntless, the hotels required no maintenance and renovations,” Jemal said. “They are very high-quality assets in a high-barrier-to-entry market.”

With vaccination rates growing and more people traveling lately, the hotel market has been recovering in Washington D.C., as it has been doing in many cities across the country, according to Jemal.

“We really think that 2022 and beyond are going to be spectacular years for the hotel market,” he said.

Newmark’s Miles Spencer, a vice chairman and co-head of lodging, along witu  Greg Morgan, a director, represented the seller in the deal, while Dauntless Capital was represented in-house. Requests for comment from the buyer and the brokers were not immediately returned.