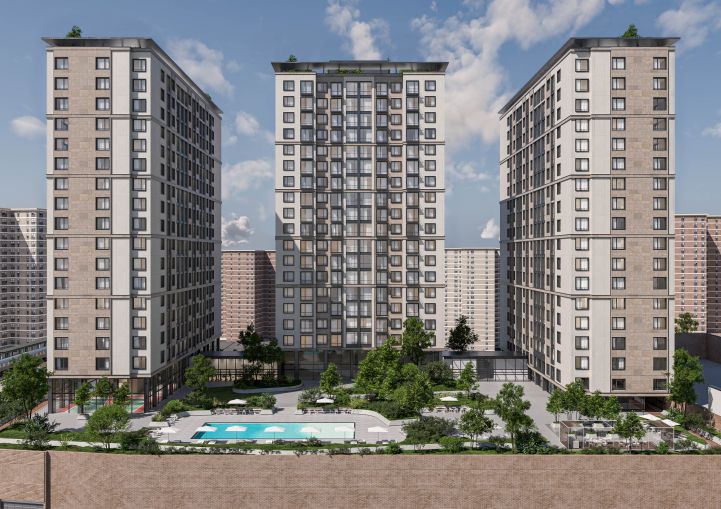 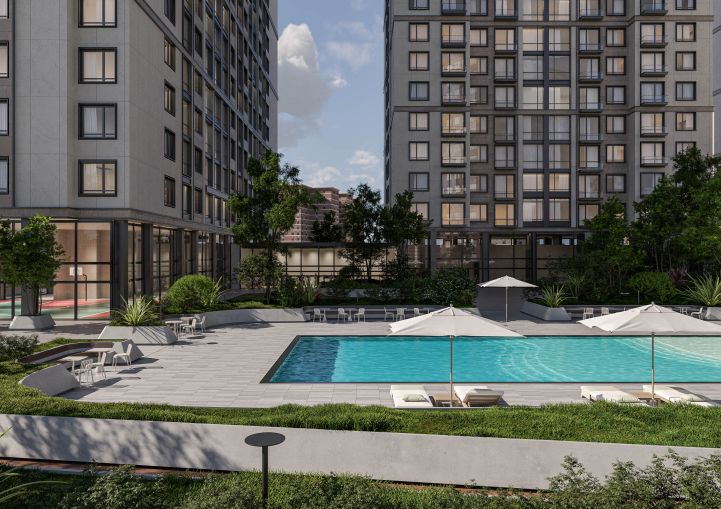 Amenities will include a pool, roof deck, saunas, state-of-the-art gym, and a basketball court. Rendering: Zproekt 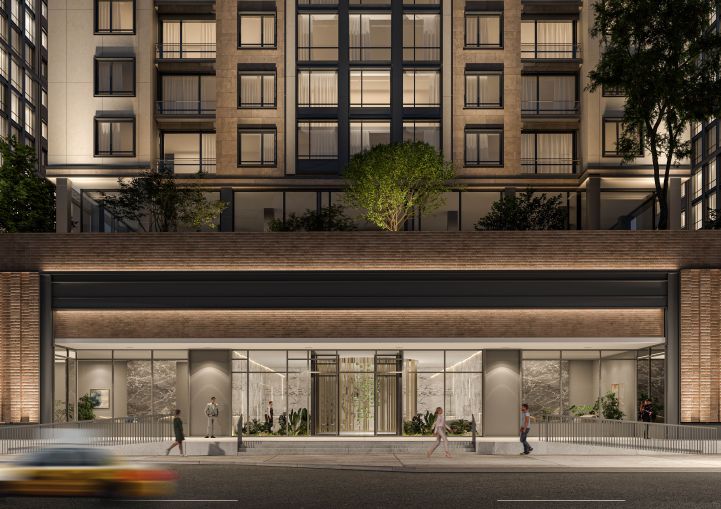 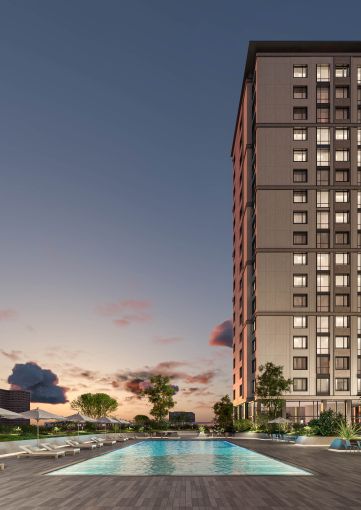 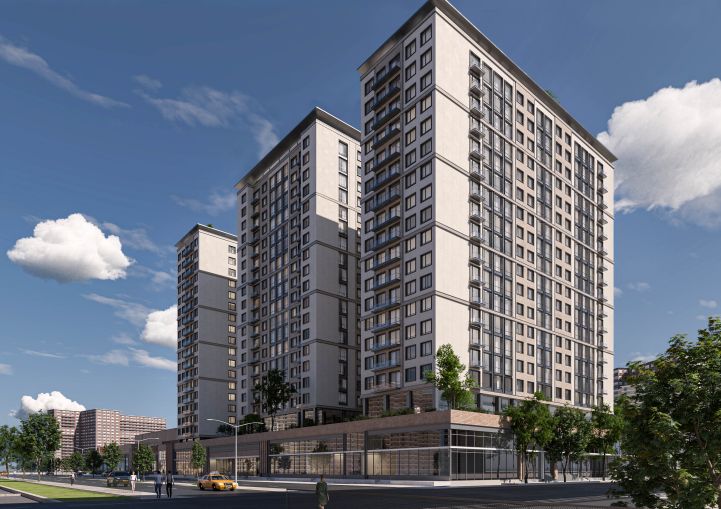 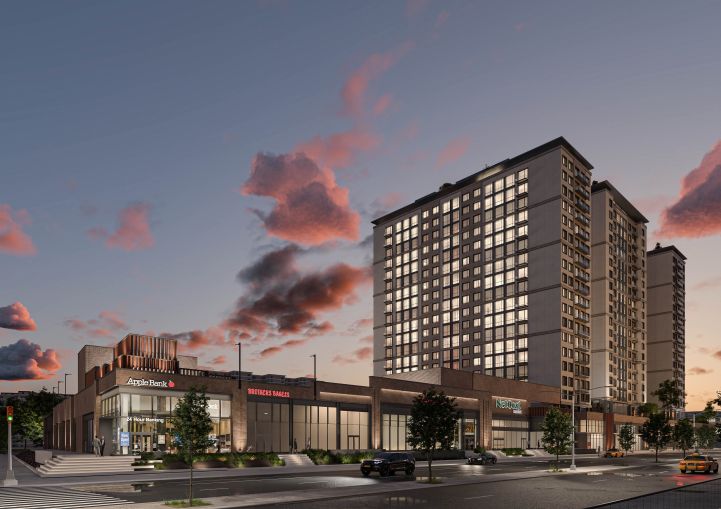 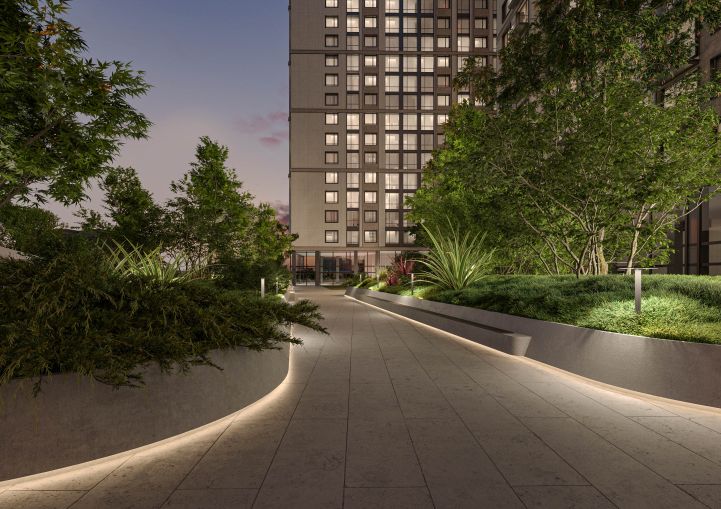 Designed by architect Zproekt, the residential portion of Neptune/Sixth, at 532 Neptune Avenue, will consist of 499 apartments spread across three towers, rising 19 and 20 stories tall. The project will include studios along with one-, two- and three-bedroom apartments, of which 30 percent will be affordable housing. The development will be equipped with high-end residential amenities like roof deck, pool, saunas, gym facilities and basketball court.

Construction is expected to start in the second quarter of 2022 and wrap in May 2026. The project will replace Trump Village Shopping Center, where demolition is currently underway. Many of the existing retail tenants have closed and relocated in advance of Cammeby’s massive new development. Some, such as NetCost Market and CVS, have moved next door to a newly completed retail podium, along with new tenants like Apple Bank and Brothers Bagels.

The shorter, three-tower project is a departure from Cammeby’s original plan, which called for a 40-story, 430-foot-tall residential tower.

The first phase of Neptune/Sixth, a seven-story retail-and-office building, was completed a few years ago at 626 Sheepshead Bay Road. Tenants there include DII Store, I&M Liquor, Krupa Card Store, Danny’s Café Express and a branch of the United States Post Office.

“We’re incredibly excited to embark on the next phase of the Neptune/Sixth redevelopment and look forward to bringing another vibrant community hub and destination to the Coney Island neighborhood,” Nathan Tondow, the director of marketing at Cammeby’s, said in a statement. “We’re confident that 532 Neptune Ave. will not only offer an incredible modern living experience for future residents but serve as a dynamic and magnetic retail environment for the entire surrounding region.”