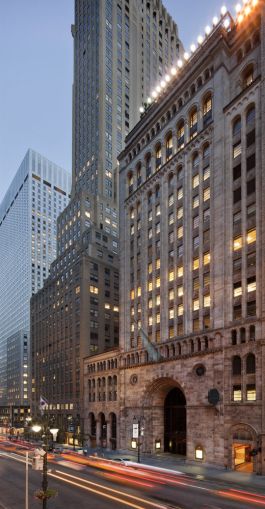 Meadow Partners has sealed $58.5 million of acquisition financing for its purchase of an office condominium in Midtown Manhattan next to Grand Central Terminal, Commercial Observer has learned.

“The swift execution speaks to the gravitas the sponsor has in the New York office market,” Stolly said in a statement.

Located between Park and Lexington avenues, 110 East 42nd Street is one of only 11 buildings that directly connect to Grand Central. The ground through fifth floor of the 212,934 square-foot property is owned by catering company Cipriani, which is the building’s anchor retail occupant. The exterior and lobby along with the Cipriani space, have been designated with landmark status by New York City.

“The immense interest in 110 East 42nd Street exemplifies the flight to quality office assets and emphasis on experienced sponsorships,” Roeschlaub said in a statement.