Adrienne Adams Steps Out as Frontrunner for City Council Speaker 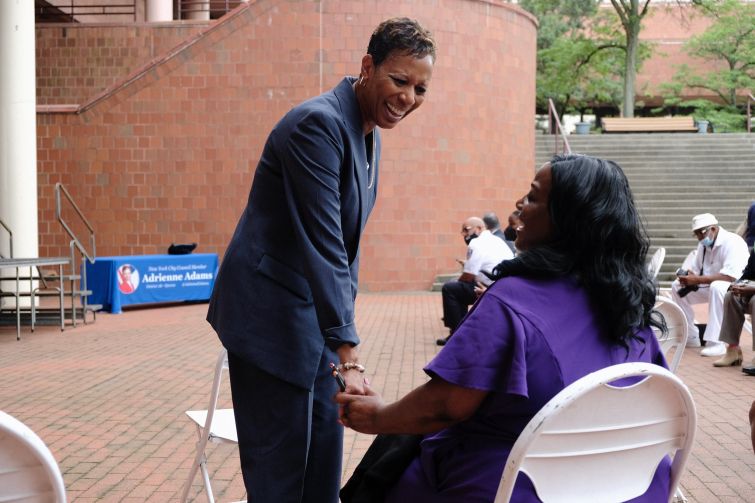 Multiple council members called her out as a potential compromise candidate in the race for the second-most powerful job in the city, sure to impact everything from commercial real estate to the city’s ongoing response to the coronavirus pandemic, according to sources and Crain’s New York Business.

The Queens native could beat out the six other candidates vying to win the post, deciding what legislation to prioritize and pushing bills into law.

Real estate sector leaders have, at least quietly, leaned towards Brannan, followed by Powers, Adrienne Adams or Moya for the position — hoping for a candidate more in common with the mayor-elect politically and not from the council’s growing number of progressive politicians, CO reported.

Even if Adams — who represents the Jamaica Rochdale Village, Richmond Hill and South Ozone Park neighborhoods of Queens — is not real estate’s first choice, she’s garnered enough support to have a strong chance at winning the job.

Adams, elected in 2017, has found the backing of powerful labor unions including the building workers’ union, 32BJ SEIU, and municipal union, DC37, along with other council members — some of which resent the effort by the incoming mayor to push Moya’s candidacy even though he’s not as popular within the council, The Gotham Gazette reported. Ultimately, it’s up to the 51 members of the City Council to decide the race.

If she does snag the position, Adams has previously told CityLand she hopes to reform the city’s police department and the Department of Education.

As a council member, she sponsored a bill that passed last week authorizing the Civilian Complaint Review Board to launch its own investigations into police misconduct in the city. She has helped oversee the Jamaica Downtown Revitalization Initiative, a $10 million plan to expand career opportunities and draw more activity to the neighborhood’s downtown, and formerly served three terms as chairperson of Queens Community Board 12 — the second-largest such board in the borough.

Adams will need 26 of 51 votes in the city council’s January election to score the position, and to become the first Black and only the fourth female speaker in the City Council’s history, Crain’s reported.