What Does the Future Look Like for New York’s Eviction Moratorium? 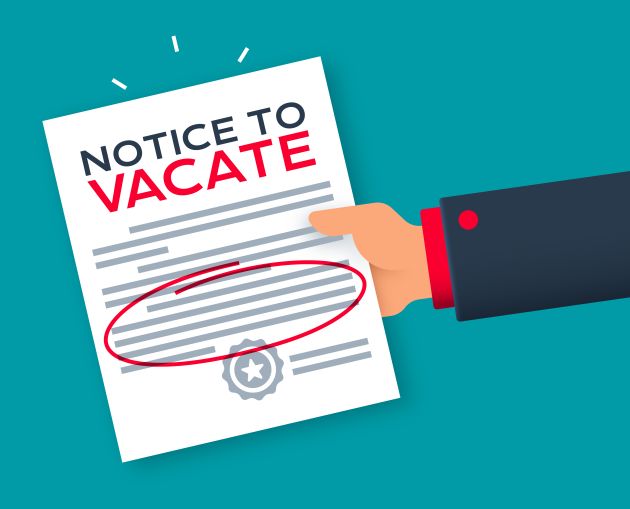 DC has passed a law to help those in danger of eviction. Illustration: Getty Images

Twenty months into the pandemic, New York state’s eviction moratorium appears to be on its last legs.

Until a few months ago, New York tenants facing eviction could block their court cases from moving forward by filing a form that stated they could not pay rent because they had lost income during the pandemic. Then, in August, the U.S. Supreme Court struck down this measure, arguing it denied landlords due process in court. The ruling sent New York legislators back to the drawing board in September, to craft a new eviction moratorium that complied with the court’s ruling.

The new moratorium, which lasts through Jan. 15, 2022, allows landlords to challenge a tenant’s hardship declaration by submitting a sworn statement claiming that the tenant has not lost income during the pandemic. The Rent Stabilization Association, a landlord group that has been fighting the eviction moratorium in federal court since May, claims that the new iteration of the law continues to deny landlords due process in court.

Attorney Randy Mastro, a partner with Gibson Dunn, who represents RSA, argued that landlords have no way of knowing the details of their tenants’ financial situations.

“Landlords can’t swear in good faith that their tenants have no hardships,” Mastro said. “They would have to subject themselves to the penalty of perjury on subjects they couldn’t possibly know about their tenants. Many tenants aren’t even communicating with their landlords, so how are landlords supposed to even know?”

“There have been courts that have said the sworn statement is not sufficient to challenge the tenants’ claim to hardship,” he added, “because the landlord is not in a position to swear to the tenants’ hardships.”

Tenant attorneys, however, claim that judges have begun scheduling those hearings, even if landlords have scant evidence to back up their arguments about their tenants’ financial status.

“We’re seeing everything from landlords saying you’re on public assistance and therefore you didn’t lose income; landlords saying they don’t think people have a hardship; and landlords looking at social media and describing what they see there,” said Ellen Davidson, a staff attorney at the Legal Aid Society. “Some judges are asking landlords for more than a statement, and others are just accepting what landlords say and not asking for more information.”

While RSA and other landlord attorneys claim their clients are being deprived of due process, tenant advocates see it differently. “On the ground, every day, we are seeing more motions being made, and more judges scheduling hearings for hardship challenges,” Davidson said.

In many cases, the tenant files a hardship declaration — claiming that they have lost income since March 2020 and have been unable to pay their rent — and a landlord doesn’t challenge it. Alternatively, the tenant can apply to the federally backed Emergency Rental Assistance Program (ERAP). In both instances, eviction cases cannot move forward.

While the state has been slow to distribute ERAP money — which is supposed to cover back rent accrued by struggling tenants during the pandemic — applying for ERAP has proved to be an effective strategy to stop eviction cases. If a tenant is approved for ERAP, but a landlord refuses to accept the money, the landlord forgoes 12 months worth of rent in court if they decide to pursue an eviction case for unpaid rent against the tenant.

But, in some cases, ERAP does not cover all of the back rent that a tenant owes a landlord. Davidson said that for these tenants, Legal Aid has been helping them apply for one-shot deals from the city’s Human Resources Administration (HRA).

“We’re working with our clients to apply to HRA and to charities to come up with the rest of the money,” explained Davidson. “We’re doing that even when the cases aren’t in court. And, even if there’s a stay, if there’s a hardship declaration, it’s in everyone’s interests to end the case. We are acting proactively to address the rest of the arrears.”

Of course, the state has committed most of its ERAP money now, which means that some landlords may not get their money. Of the 253,000 applications to the program, the state has dispensed 73,000 payments totalling $913 million to landlords, according to data from the state Office of Temporary and Disability Assistance, which oversees the money. Another 73,300 applications from tenants have been approved “pending landlord verification,” meaning that the state is looking for the landlord’s matching application to the program. The value of those applications is estimated at $917 million.

Gov. Kathy Hochul said at the end of October that she is going to apply to the U.S. Treasury for more federal ERAP funding for New York, but it’s not clear when the federal government would provide additional rent relief money.

Legal Aid’s Davidson said she isn’t optimistic that the current moratorium will be extended past January. In August, the delta variant of the coronavirus was still causing a spike in COVID cases in the city, and the state had distributed very little of the $2 billion in ERAP money to landlords. Now that most of the ERAP money has been dispensed or reserved for tenants, the state has fewer incentives to extend the moratorium.

“Assuming there isn’t some change in the pandemic that gets us all very sick, and how much ERAP money has gone out, I think the eviction moratorium will be over in January,” she said.

And the court system has not prepared for what will likely be thousands of new eviction cases in the immediate aftermath of the moratorium’s end.

“It’s going to be a mess,” Davidson said. “I hope the courts are planning for what happens when more and more tenants are receiving notices of eviction and how tenants can respond to those notices of eviction. There needs to be some thought to crowds coming to housing court. I think a lot of people will be evicted. We’re running out of money for ERAP; there are people who have applied, they’ve done what they need to do, and we’re going to come to a time where there’s no more money left.”

Jay Martin, head of the Community Housing Improvement Program (CHIP), a small landlord trade group, said that the 73,000 ERAP applications where the state has not linked tenant and landlord applications pose a significant problem for owners. Contrary to what nonprofit legal groups have seen, Martin said he has heard about “only a handful” of landlords who refused to apply for ERAP when their tenants have applied, or who declined to accept ERAP money awarded to tenants.

His landlord members are “usually professionalized, and they have a fiduciary duty to their lenders to collect rent. They are cognizant of the fact that they could be accused of income discrimination [in court],” Martin said. “We would publicly say as an organization that they should accept the money, both financially and in terms of the optics of saying you would rather have an eviction than accept rent.”

After the state runs out of federal rent relief funding, tenants will still owe $1.7 billion to $2.2 billion in rent arrears in New York, according to CHIP’s estimates. Martin felt that after the eviction moratorium expires, ERAP should become a permanent program that tenants could apply for whenever they fall behind on rent payments.

“How are lawmakers going to prevent this tsunami of evictions?” he asked. “They can either blame landlords for trying to collect the debts they’re owed in court, or they can work with us to help pay this debt.”

He disagreed with RSA’s approach to the problem, which he felt was more focused on bringing eviction cases to court than finding a way to cover rent arrears.

“I don’t know why anyone with two brain cells would go for a policy, have us be the bad guys and not ask the government to take any responsibility,” Martin said. “It makes communities healthier when people aren’t being evicted. If a tenant falls behind on their rent from hardship, the government can be there with a check.”

Landlords, for their part, have mixed feelings about the eviction moratorium. Some, like David Kramer of Hudson Companies, feel that it’s no longer necessary.

“It makes no sense,” he wrote in his questionnaire for Commercial Observer’s Owners Magazine. “I have these debates with my wife all the time. She says, ‘People are hurting out there, they need to be protected.’ I say, ‘If people are hurting, why is every restaurant, store and construction site desperate for labor?’ And let’s not forget about ERAP. After a bumpy start, there’s been $1.6 billion paid to help support tenants at risk.”

Others took a more nuanced tack.

“I agree with the intent of the eviction moratorium,” wrote Sage Realty’s Jonathan Iger. “We are in a health crisis, which would only be exacerbated by an increase in homelessness and forcing families to double or triple up in small apartments. However, the current policy does not take the entire rental ecosystem into consideration, specifically its effects on property owners. Banks get their mortgage payments. Tenants get to stay in place. But the landlords get squeezed.”

Another symptom of the pandemic and the eviction moratorium appears to be a growing number of landlords taking matters into their own hands to force tenants out. Although there isn’t much public data on illegal evictions, news site New York Focus recently reported that the Manhattan district attorney’s office had prosecuted seven illegal lock-out cases against landlords in 2021 and three in 2020. The New York Police Department has “carried out at least 16 such arrests” for illegal evictions in the five boroughs this year, the publication found.

“Kicking people out, changing the locks, turning off essential services to the household,” said Keriann Pauls, a housing attorney at nonprofit legal services organization TakeRoot Justice. “We’ve seen terrible pleadings from tenants of really horrific harassment. You can’t go home if the harassment is so severe. These trends were happening before the pandemic, but now when we think about people being forced into homelessness and all the health concerns, it’s even more egregious, and our team is even busier than we’ve ever been before. They’re not directly eviction cases but they’re fighting against the kind of harassment that leads to displacement.”

In more traditional eviction cases, Pauls said that she had seen situations where landlords refused to accept ERAP money. “Eventually, once we’ve conferenced it in front of a judge, it’s been pushed onto the landlord through their counsel to comply. There’s not much a landlord can say in front of a judge.”