What CRE Lenders Wish They Knew in March 2020 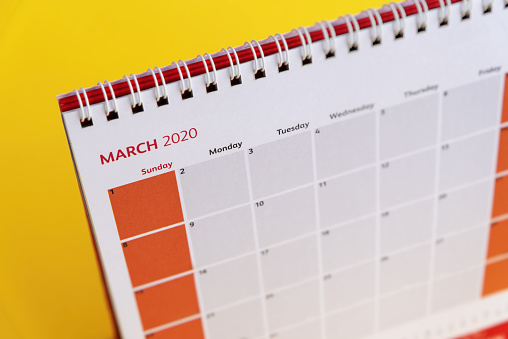 When the pandemic forced shutdowns in March 2020, it left commercial real estate finance professionals in limbo as they grappled with how a global health crisis would alter their industry going forward.

Nineteen months later, we have a slightly clearer picture of which property markets are poised for a bright future and which sectors will face ongoing turbulence. While much uncertainty remains, many lenders sure do wish they had had a crystal ball a year and a half ago to foresee at least some of the surprises that have since unfolded.

“I wish I had known how quickly the multifamily lending market would bounce back,” said Kate Byford, head of agency finance for Capital One. “While Capital One was far from out of the market in mid-2020, there was a real opportunity to step in and gain a much larger market share while other lenders were on the sidelines. But that opportunity — like most — was relatively short-lived before the agencies and other lenders came roaring back in the second half of the year.”

Vince Toye, head of agency and off-balance sheet lending at JPMorgan Chase, also cited knowledge of the rapid demand for multifamily in urban markets such as New York City and San Francisco as something he wishes he could have envisioned in March 2020. He said the sector got a surprise boost from remote-working trends that drove some renters to seek out bigger apartments.

“Not only was it impressive to see how quickly most areas bounced back, but also to see the extent to which those areas saw rate increases in multifamily,” Toye said. “With many companies still employing a hybrid-work model, people are upgrading for nicer apartments and more space, driving up rates.”

Jason Hernandez, managing director and head of U.S. debt at Nuveen Real Estate, noted that in March 2020 it was unknown if the pandemic would lead to an immediate liquidity crisis or morph into a full-blown credit crunch that would result in major repricing of risk. He said having recognition that it would not lead to the credit woes caused by the global financial crisis of 2008 would have meant spearheading more deals in the pandemic’s first few months.

“In hindsight if we knew it was just a liquidity versus credit crisis, we would have been much more active in March to June 2020,” Hernandez said. “The handful of positions we took during this time frame turned out to be some of our best over the last 18 months.”

Hernandez added that the experience spurred Nuveen to be more aggressive on office financings over the past nine to 12 months in order to take advantage of illiquidity in the sector.

Josh Zegen, managing principal and co-founder of Madison Realty Capital, said he would have tackled more deals had he known how successful the CARES Act would be in spurring a rebound in capital markets.

“We were able to close on $1.8 billion in deals in 2020 when a large swath of our competitors were sidelined,” Zegen said. “While I’m very proud of that, I wish we did even more in that time period.”