US Jobs Count Jumps Behind Gains in Leisure and Hospitality: Report 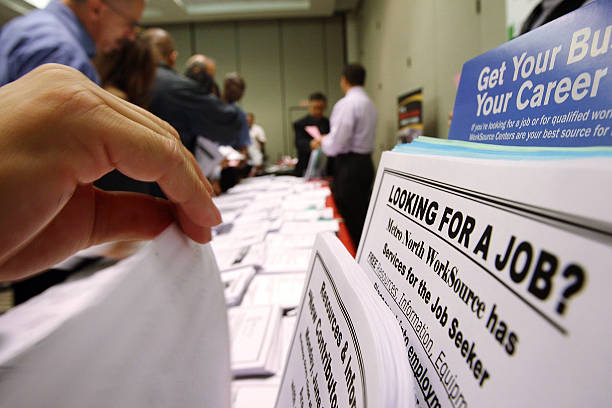 Leisure and hospitality led a gain of 531,000 jobs in the U.S. in October, new federal numbers show. Work in construction and warehousing also spurred the increase.

Still, the current unemployment rate is 1.1 percent higher than pre-pandemic levels, according to an October report from the U.S. Bureau of Labor Statistics.

The report, which compiled statistics from two October surveys, found a 0.2 percent decrease in unemployment over the month, leaving 4.6 percent of Americans — or 7.4 million people — jobless. While an improvement from previous numbers, 5.7 million people were unemployed in February 2020, rounding off the pre-pandemic unemployment rate at 3.5 percent.

Clearly, the country still has a ways to go, and other numbers likewise reflect this pattern. Long-term unemployment accounted for 31.6 percent of total October unemployed people, with 2.1 million individuals reported as permanent job losers. Meanwhile, the report found 1.1 million Americans on temporary layoff.

Some percentages changed little to none over the month’s run. The labor force participation rate remained stagnant in October and has been relatively unchanged since June 2020. The employment-population ratio of 58.8 percent shifted only marginally, but still remains an improvement from April 2020’s low of 51.3 percent.

Digging deeper into the statistics, the report determined that demographic variances within the 4.6 percent of unemployed Americans. With the highest unemployment levels, teenagers were reported jobless at a rate of 11.9 percent, while Blacks followed behind at 7.9 percent and Hispanics at 5.9 percent. These numbers barely changed over the course of October, and the same applied to the 4 percent unemployment rate for whites.

Yet, employment is on the up and up — and can thank the recovering leisure and hospitality sphere for creating more positions. Leisure and hospitality, which has taken a hit since February 2020, was responsible for employing 164,000 more people over the last month. This effect on employment is even starker when considering the sector’s trend over the last year; since the start of 2021, the job opportunities in the industry have risen by 2.4 million, though they remain at a 1.4 million deficit compared with February 2020. Leisure and hospitality is currently 8.2 percent away from the pre-pandemic boom, but is evidently clamoring its way back.

Significant job opportunities likewise surfaced in professional and business services, transportation and warehousing, manufacturing and construction, per the report.