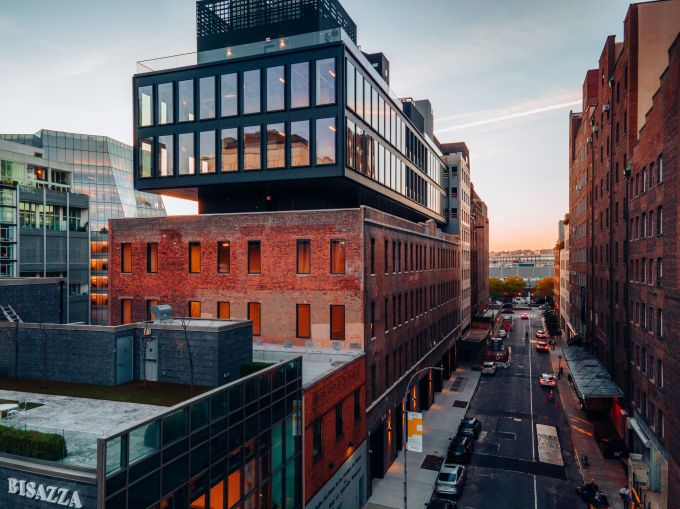 Two art galleries are bringing some creative flair to a former Chelsea warehouse.

The Los Angeles-based David Kordansky Gallery and New York and Mexico City art gallery Kurimanzutto​​ are moving into a total of 12,000 square feet at 520 West 20th Street, a former warehouse for the Carolina Manufacturing Company.

Asking rent for both leases was about $140 per square foot, according to Newmark’s Eric Cagner, who brokered the deals for landlord Elijah Equities.

“They definitely connected with the character of the space,” Cagner said.

Kurimanzutto will move its Manhattan gallery to 6,700 square feet on the ground floor of the building between West 19th and West 20th streets. The more than seven-year deal, which closed in October, relocates the art purveyor from a smaller space at 22 East 65th Street where it opened in May 2018, according to its website and Sinvin’s Christopher Owles, who brokered the deal for the tenant along with Sinvin’s Genaro Otero.

The gallery snagged the space because of its history as a warehouse, which meshed nicely with the Kurimanzutto’s other historical location — a former lumber yard in Mexico City, said Owles. Kurimanzutto plans to open early next year, said Cagner.

Right next door, the Kordansky gallery will open its first-ever New York location in 5,500 square feet on the ground floor of the seven-story property, said Redwood Property Group’s Jonathan Travis, who represented Kordansky. The art purveyor began building out the space after the 10-year deal closed over the summer and plans to open in the first half of 2022, according to Travis.

Kordansky himself came to see the space, as well as a few other options, for his gallery and connected with the former warehouse, said Cagner.

“Kordansky has an incredible following in terms of the art world,” Cagner said. “I think that the design of this building, which has won several architectural awards, along with its location adjacent to the High Line … I think the culmination of those factors really resonated with David.”