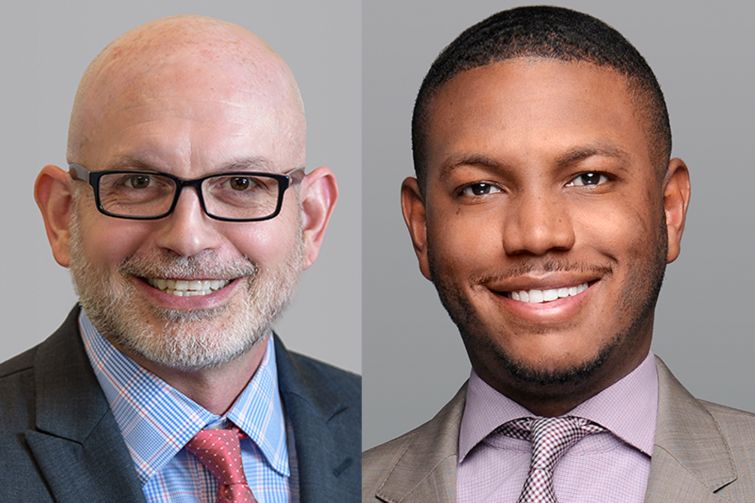 South Florida’s industrial market fundamentals, particularly for bulk warehouse space, blew through the third quarter of 2021 on strong leasing demand and new construction. The region’s healthy consumer market and growing population helped push investor and occupier confidence in the industrial market, which is likely to continue through 2022.

The backlog at West Coast ports is causing weeks of delays for goods that need  to travel to East Coast markets, making warehouse/distribution space in South Florida an attractive and faster alternative from a distribution standpoint. Bottlenecks in the supply chain are realigning how many firms view real estate needs locally with a shift in philosophy for inventory management.

Previously, companies focused on lean supply chains where materials and goods arrive “just in time.” In a market like South Florida, that meant limited amounts of warehouse space were needed.  Now, companies are turning to an inventory strategy that follows a “just in case” model, where more goods are stored closer to customers to minimize fluctuations in demand. South Florida, with three deep-water ports, has the capacity to address the immediate logistics needs for companies with changing inventory strategies.

In the last year, 18,200 new industrial and warehouse-related jobs were created in Miami-Dade, Broward and Palm Beach counties. They were added because of big-box expansion by e-commerce firms, together with a push into last-mile facilities. Hiring also occurred with traditional retailers, plus new-to-market entrants, which increasingly viewed the tri-county as a strategic location to serve the immediate needs of customers.

New inventory and aggressive development captured some of the new employment. In the first nine months of 2021, 5.4 million square feet of new industrial space was delivered in the region. As the industrial inventory and deliveries grew, so did the occupiers’ space requirements for square footage, but new construction could not keep up.

Still, overall industrial vacancy in South Florida fell to 4.4 percent in the third quarter. Both Miami-Dade and Palm Beach County were even tighter at 3.3 percent, with Broward County coming in at 5.9 percent as available space throughout the region decreased year-over-year.

While not a record-setting year yet, new leasing activity year-to-date of 11.6 million square feet was only 18 percent less than the full amount for all deals done in 2019. Net absorption, or the amount of space absorbed by tenants, was 7.8 million square feet in 2021. That represents a 250 percent increase in the amount of space absorbed when compared to 2020. 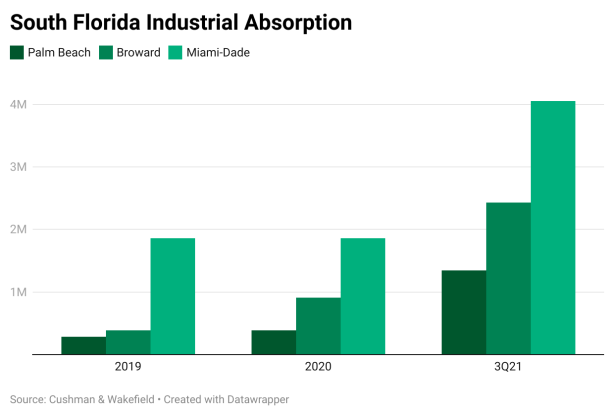 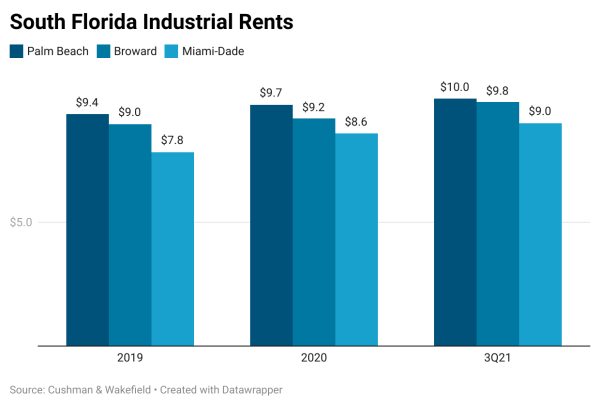 Confidence in South Florida’s economy and potential for growth will only be enhanced by the lifting of U.S. restrictions on foreign travel. The influx of travelers and investors from overseas, starting over the holidays, will contribute to additional optimism in industrial market fundamentals in the region. The longer that challenges remain at West Coast ports to efficiently move goods into the United States means that South Florida becomes the better, more reliable strategic alternative for companies. The region’s positive fundamentals post-pandemic, including solid population growth and rising incomes, make South Florida an attractive market for investment.