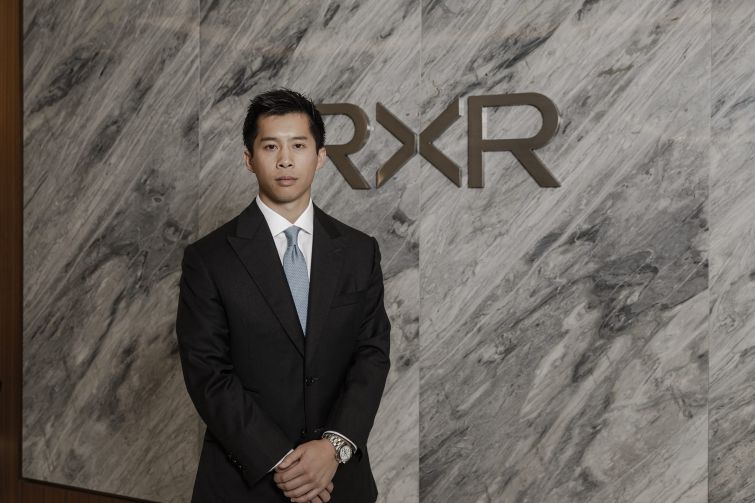 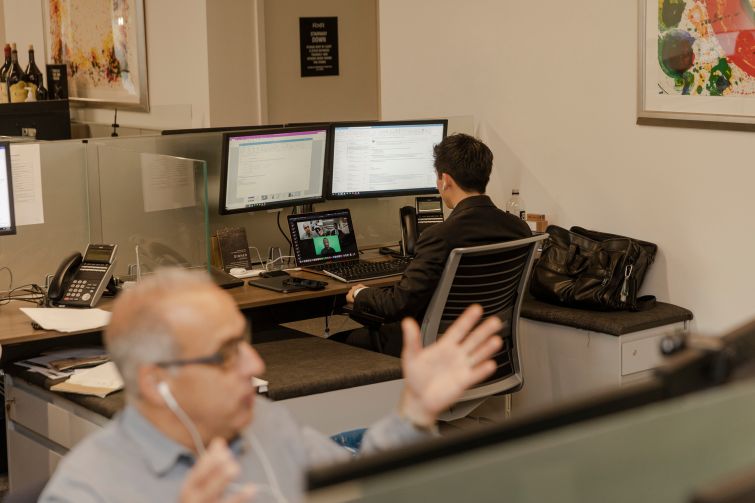 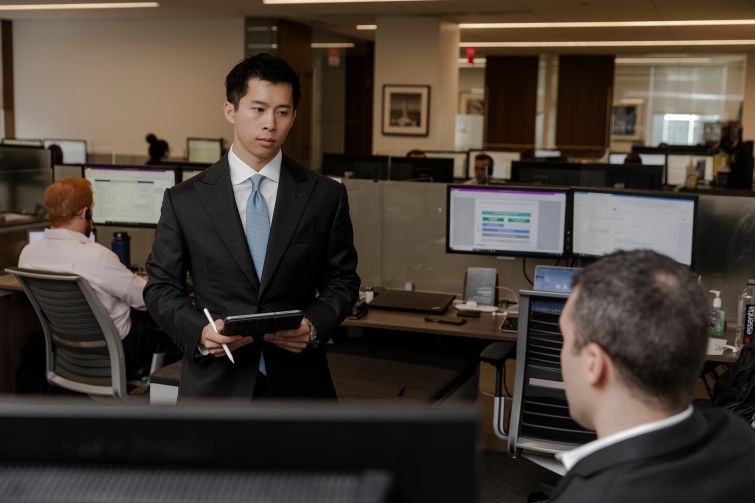 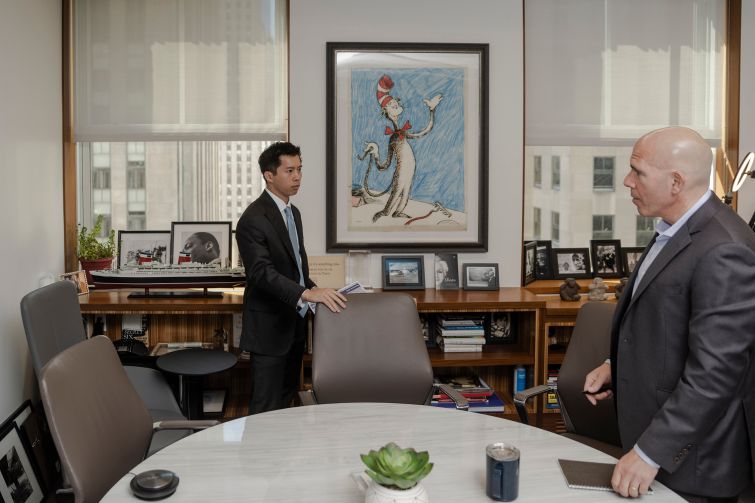 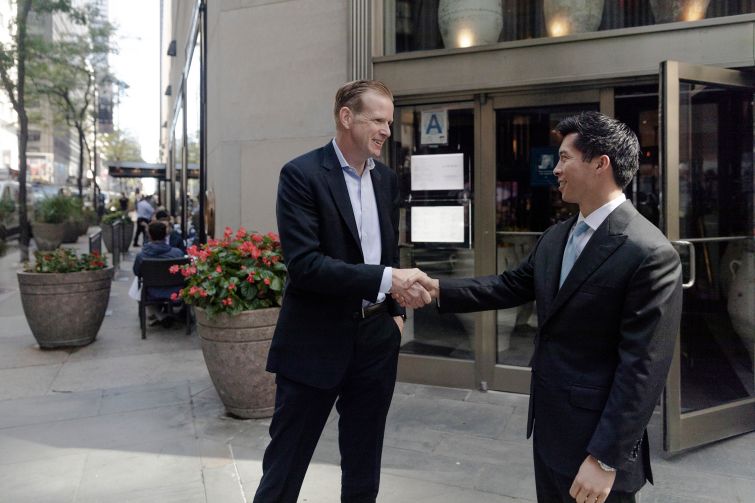 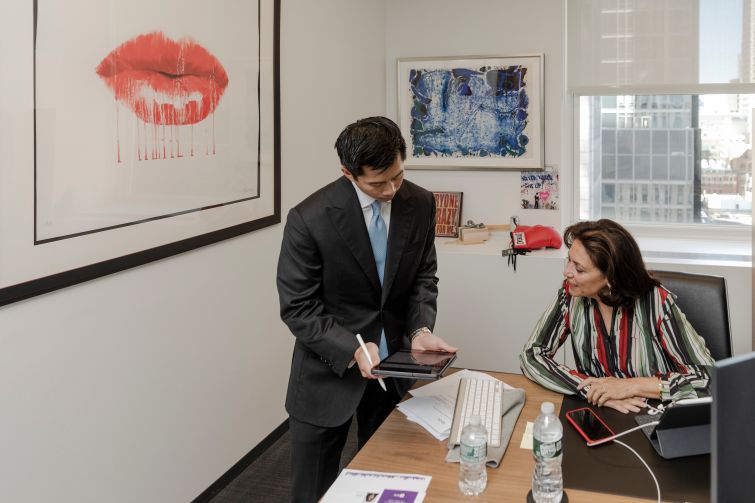 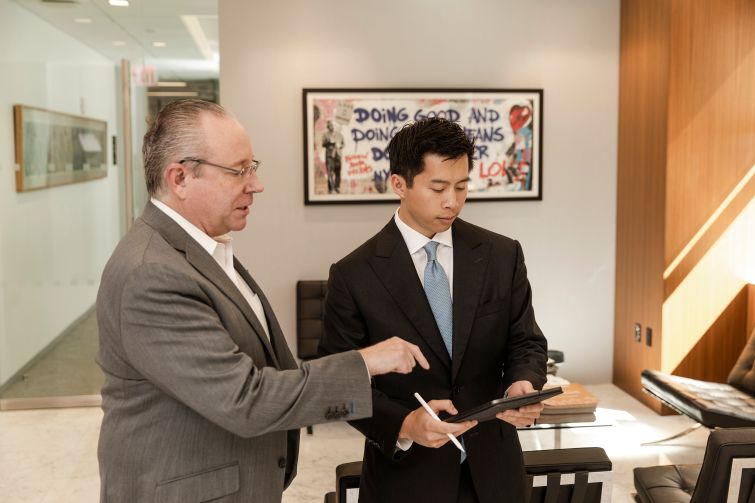 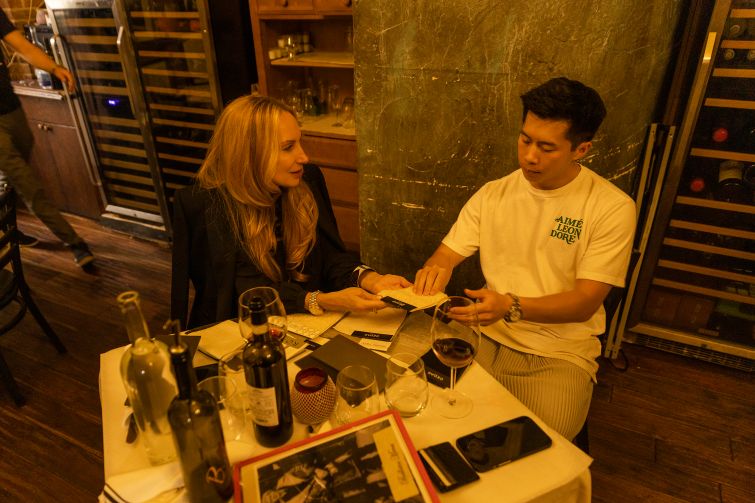 When Ryan Lee joined RXR Realty seven years ago, he knew he was joining a top-tier investment firm led by a change-making, hands-on CEO.

He couldn’t possibly have anticipated that by 2021, he’d have more than $15 billion in real estate transactions under his belt — on some of the most iconic properties in New York City — and the experience of an unprecedented, fast-moving market crisis, to boot.

Today, Lee is a vice president responsible for debt and equity investments across asset classes at RXR, and also participates in fundraising initiatives for the company — including joint ventures and co-investments. While there’s no such thing as a typical workday for him, his time at RXR’s 75 Rockefeller Plaza is generally spent meeting with key members of the management team, catching up with clients and deal partners and monitoring the progress of projects that are underway.

“For the RXR team, we have a set of company values that we refer to as the five ‘E’s:  Entrepreneurial, Edge, Execute, Energy and Ethics,” RXR CEO Scott Rechler told Commercial Observer. “Throughout his time here at RXR, I’ve seen Ryan embody each and every one of these attributes. He has been a valuable member not only to our investments team, but to the entire RXR family.”

Outside of the office, Lee’s day starts with a workout and ends with some decompression time before bed — with some really good food in between.

6:00 a.m. Ryan Lee wakes up. He stretches, responds to emails and reads the news before heading to the gym. Typically, CNBC is playing in the background while he scans news sent to his inbox from his favorite news sites, including Commercial Observer, The New York Times and DealBook. By 7:00 a.m. he’s either at Performix House gym in Union Square or at the gym in his NoHo apartment building, working up a sweat with his personal trainer.


An Uber ride later, Lee arrives at RXR Realty’s offices at 75 Rock, keeping up with emails on the move as he walks through the door. He’s glad to be back in the office again after a spell of working remotely at the start of the pandemic. “While it’s great that technology allows us to work remotely, sometimes it’s so much easier to just pop into someone’s office in between meetings to quickly talk through something,” he said. “Working from home has its benefits, but I definitely missed seeing my colleagues in person. At the end of the day, there is an element of collaboration and culture building that just can’t be replicated virtually.” At 9:00 a.m., Lee meets with Frank Patafio and Russell Young, senior executive vice president and senior vice president, respectively, in RXR’s investment management group, to discuss the day’s hot-buttons. When he’s done, he calls to wish his dad, Paul Lee, a happy birthday. Lee’s family is in San Francisco, where he grew up, and so his dad is waking up in a different time zone when he receives the well wishes from his rising-star son.


Lee meets again with Patafio, this time to discuss a new opportunity zone project that’s underway. Interestingly, the opportunity — which is under tight wraps for now — was introduced to Lee by Jon Davidson, deputy chief of staff to former President Bill Clinton. “Ryan excels at breaking down complex deals, simplifying them and then bringing them across the finish line,” Patafio said. “His unique ability to quickly connect the dots and close down deals is why he’s on our most complicated transactions.”


Lee grabs time with Rechler to discuss some ideas he has for a deal he’s currently working on. Lee and Rechler then head to the firm’s daily senior team check-in, along with Mike Maturo, president, and Jason Barnett, vice chairman and general counsel. Rechler’s reputation in the industry was one of the reasons Lee joined RXR. “I’ve been very fortunate to have the opportunity of working closely with Scott, who has been an inspiring mentor for the past seven years,” Lee said. “Not only is he one of the most successful and well-respected leaders in the industry, but he is also an incredible civic leader dedicated to improving the broader community.”


It’s lunchtime, and Lee pops across the street to Limani to discuss some potential transaction opportunities with Avison Young’s James Nelson. “I try to catch up with James weekly to talk about new opportunities and deals,” Lee said. “We’re also on the executive board of YM/WREA together so there’s a lot of collaboration on that front.“ (YM/WREA is the Young Men’s and Women’s Real Estate Association, a civic-minded professional group in New York.) Lee opts for salmon on Limani’s menu.


Lee attends a series of deal meetings, including a few checklist calls on projects that are currently under contract. Several of RXR’s senior management team are in attendance, including its COO, Joanne Minieri. “Joanne and I were discussing a leasing update on an industrial development that we currently have under contract in Brooklyn,” he said.


The meetings continue, this time with Bill Elder, executive vice president and managing director of New York City leasing. The two meet with an investor to provide a leasing update on a top-secret project on which they’re currently under contract. A member of Urban Land Institute New York’s “Young Leaders Group,” Lee then attends a 6:30 p.m. meeting to discuss programming initiatives before circling back once more with various deal teams at 7:30 p.m. and leaving the office.


Lee swings home to change clothes before meeting his interior designer, Nicole Fuller, and art adviser, Rachel Cole, at Emilio’s Ballato restaurant one block from his apartment. Lee made his very first home purchase during the pandemic and he discusses options for his new pad with Fuller and Cole. An avid art collector, Lee gravitates toward post-war, contemporary and emerging art, and particularly enjoys discovering up-and coming artists who — who knows? — may someday become the next Andy Warhol! A regular patron of Emilio’s, Lee is friends with chef Emilio Vitolo, and eats at the restaurant three times a week — partly to support his friend and partly because “it’s just the best.” Restaurant clientele include everyone from politicians Barack Obama to Chuck Schumer to celebrities to locals, so he’s in pretty good company.


Lee stays at Emilio’s for dinner with Jon Davidson as well as friends Marty Kelly and Eric Rakofsky. The friends catch up over baked clams, caesar salad, linguine alle vongole, tagliatelle alla bolognese, veal parm and pork chops. (Who’s hungry now?) By 11:00 p.m. he’s home, clearing out his email inbox, and getting organized for the next day. To decompress, the San Francisco 49ers fan watches NFL games on Mondays and Thursdays. Sometime between midnight and 1 a.m., he turns out the lights and finally hits the hay.