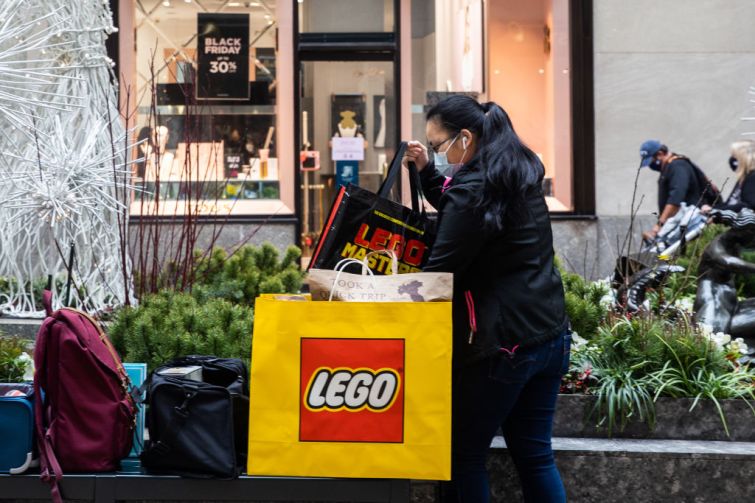 U.S. retail sales jumped from September to October, even in the wake of higher prices and supply chain issues, as customers got a head start on holiday shopping.

October saw $638.2 billion in retail sales across the country, a 1.7 percent increase from September’s revised $627.5 billion, according to the U.S. Census Bureau. The numbers were also 16.3 percent higher than in October 2020.

Economists expected a strong increase in October as shoppers concerned with being greeted by empty shelves during the holiday season took to retailers to get their gifts early.

“The reason obviously is the story around supply chain disruptions [that] have been so top of mind for consumers,” Michael Gapen, the chief U..S. economist for Barclays, told CNBC before the numbers were released.

And holiday shopping is expected to return to pre-pandemic levels this year as consumers anticipate spending 25.4 percent more than they did in 2020, according to a report from JLL.

Retail was already weathering a so-called “retail apocalypse” before the pandemic forced stores to temporarily shutter for months, leading to historic drops in sales, dozens of bankruptcies and tanking leasing.

The industry has started to slowly rebound with retail leasing in Manhattan increasing between June and September after eight consecutive quarters of decline, according to a CBRE report.

In October, non-store retailers saw the biggest gains from September, with a 4 percent increase, followed closely by electronics and appliances stores, which had a 3.8 percent uptick.