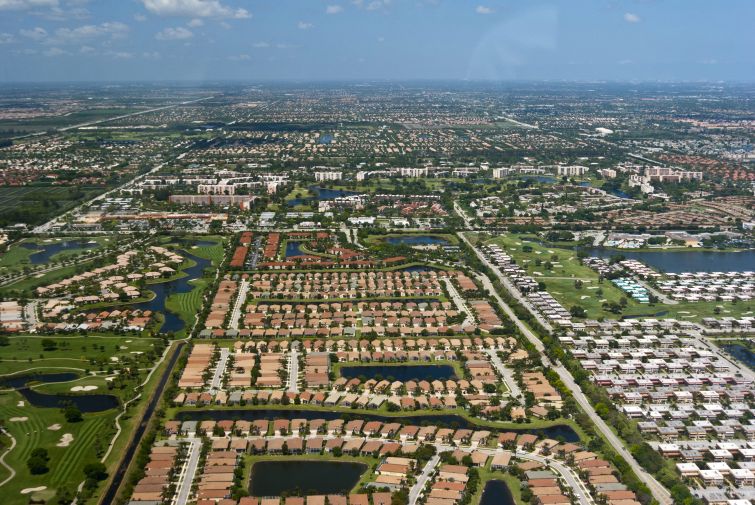 Madison Realty Capital loaned $61.5 million for the construction of Aviara East Pompano and Aviara Lake Worth, according to sources familiar with the deal.

The Lake Worth development will include 36 townhouses, a source said. MAG purchased the 3.8 acre-site at 307 N J Street, just east of Dixie Highway, for $1.2 million in 2019, property records show.

The working-class town sits right across the Intracoastal Waterway from ritzy Palm Beach, home to billionaires such as Blackstone’s Stephen Schwarzman and former President Trump.

The Pompano Beach project, 30 miles down Route 1, will hold a two-building complex with a shared ground floor, dedicated to retail, the sources said. The buildings will rise eight stories and six stories, respectively, and hold 228 units in total.

Located at 1621 S Dixie Highway, the project sits along one of South Florida’s busiest arteries, north of Fort Lauderdale. MAG purchased the parcel, which held a one-story storage facility, for $2.1 million in 2017, per records.

Pompano Beach is undergoing a makeover with the Related Group doubling down on the quiet seaside town. Considered one of South Florida’s largest condo developers, Related broke ground on a luxury building, Solemar, in May and won approval for a 21-story tower nearby in September.

“As employers continue to expand across Broward County, Pompano has become one of the fastest-growing markets in South Florida, yet the city lacks new high-quality rental housing options,” Josh Zegen, managing principal and co-founder of Madison Realty Capital, said in a prepared statement.