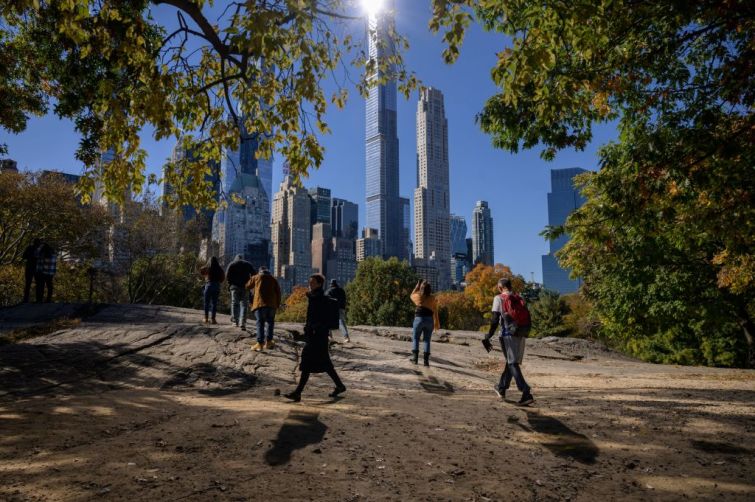 Local Law 97 — a city rule capping emissions for larger buildings — might be cheaper for commercial property owners than they expect, according to a study from New York University’s Guarini Center.

The law — which impacts most properties of at least 25,000 square feet — wouldn’t require huge adjustments from most office building owners if the city’s electric grid decarbonizes by 2040, as is required by the state’s own goals in the Climate Leadership and Community Protection Act, according to the study. And Local Law 97 might actually save owners $2 billion collectively between 2024 and 2050 by reducing their energy bills.

“It is not a foregone conclusion, that this law will be exceedingly costly for the industry,” Danielle Spiegel-Feld, executive director of the Guarini Center and a lead author on the report, told Commercial Observer. “In fact, if the state achieves its goals, the law might not be particularly costly for much of the industry. I would encourage those who share our concerns about the state of the climate to focus on helping the state to achieve its decarbonization goals as opposed to trying to weaken the law.”

Local Law 97, which was part of the Climate Mobilization Act passed in 2019, requires that most buildings reduce their carbon emissions by 40 percent by 2030 and 80 percent by 2050, as CO previously reported. The New York City Department of Buildings is charged with enforcing the law, which covers about 50,000 buildings and nearly 60 percent of the city’s square footage, starting in 2024.

The mayor’s office commissioned the NYU study, released on Monday, to examine its impact on buildings impacted by the law across the five boroughs — which represent about two-thirds of the city’s carbon emissions.

Because most commercial buildings get power from the electricity grid, if the city makes its grid greener to meet its 100 percent zero-carbon emissions goal by 2040, the average owner will not see large costs associated with the program, Spiegel-Feld said. Only 9 percent of the square footage under the emissions caps will have to change their energy habits to comply with the rule before 2029, and only 51 percent of the square footage covered by the law will be impacted by emissions caps from 2030 to 2034, according to the study.

Some buildings will see higher costs, though the law could allow for a citywide carbon trading program, which would let buildings with lower emissions sell their credits to those with higher emissions. (Some owners are hopeful a blockchain-based trading system could be the key to avoiding steep fines.)

Local Law 97 was hotly debated in the real estate community, and the Real Estate Board of New York (REBNY) raised concerns that the law doesn’t take into account the population density of buildings, varying electricity consumption or existing efforts landlords have made to green their properties. REBNY also brought up the point that the city’s fossil fuel-reliant electric grid will force fines onto building owners.

“Achieving our shared goals of reducing carbon emissions in the built environment will require close partnership and collaboration between the public and private sectors,” James Whelan, REBNY’s president, said in a statement. “We look forward to working with the incoming city administration to explore the potential for a smart carbon-trading scheme and make meaningful progress on reducing carbon emissions in New York City.”

Landlords that exceed their emissions caps will be fined $268 per metric ton if their carbon footprint exceeds the limit each year, CO reported. The law divides buildings based on type, like office or apartment, and counts emissions based on the source of energy used to heat, cool or otherwise power a property.

But if the city follows through on its electricity grid commitments, residential buildings would face higher fines than commercial properties because they tend to use on-site burning of fossil fuels to heat water and rooms, Spiegel-Feld said.

Reducing carbon emissions at residential and commercial sites also benefits both landlords and tenants, she added.

“[Reducing emissions] has all sorts of multiplier effects,” Spiegel-Feld told CO. “They’re hiring someone in New York to do the work. They’re reducing the utility bills for either the landlord or the tenants of the buildings or both … You’re getting less combustion of fossil fuels on-site, which means you’re getting less particulate matter in the air we breathe … There’s a lot to be gained.”

The study outlined two potential ways landlords could trade carbon emissions, through an auction or direct purchasing and selling; both would require city legislation to be implemented. While the auction would generate funding for the city to upgrade older buildings to make them more energy efficient, it would entail higher administrative costs and could be less likely to be executed. In either option, Spiegel-Feld emphasized the importance of keeping carbon offsets within state lines.

The Department of Buildings can allow for companies to buy carbon offsets — like a solar farm or a clean energy-producing property — out of state. While allowed under Local Law 97, Spiegel-Feld said she hoped the city would go for a New York-focused trading mechanism like those proposed in the study.

The city’s Climate Advisory Board — a group created by Local Law 97 — is discussing the topic of offsets, and the potential availability of out-of-state offsets, though it has not released a recommendation on the issue, according to Department of Buildings spokesperson Andrew Rudansky.

The implementation of Local Law 97 will fall into the hands of a new mayoral administration, headed by former Brooklyn Borough President Eric Adams. Seventeen incoming City Council members wrote to the soon-to-be mayor to express their support of the legislation, saying that it would create tens of thousands of jobs and significantly reduce air pollution in the city.

Adams has expressed his support for the program, though has some concerns about fining building owners for noncompliance, THE CITY reported.

A spokesperson for the mayor-elect did not respond to a request for comment.