She replaces Chad Tredway, who recruited her and recently left to start his own private equity firm 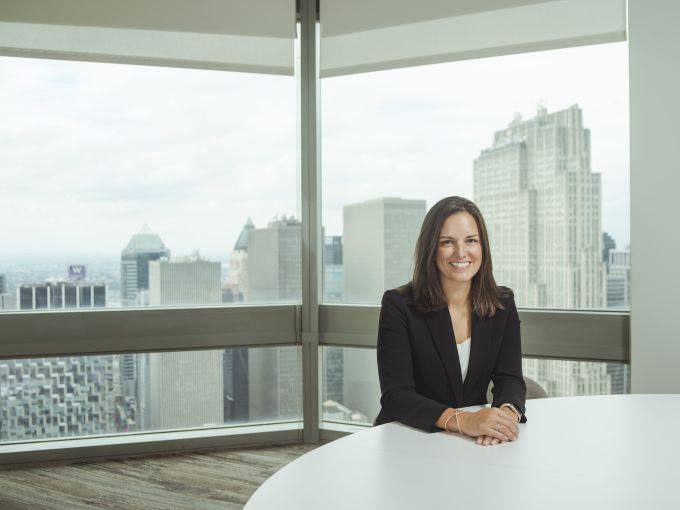 JPMorgan Chase has a brand new head of real estate banking, Commercial Observer can first report. Michelle Herrick is taking the reins, effective Monday. She replaces Chad Tredway, who recruited her and recently left the role to start his own private equity firm after 13 years at the bank.

“What a privilege to be the new head of real estate banking,” Herrick told CO. “I recognize I have very big shoes to fill at a best-in-class firm, and I’m extremely excited. I think the best piece of this new promotion for me, personally speaking, is how well-positioned the business is for what’s ahead of us. We have a great team, and we have the best clients.”

Prior to her promotion, Herrick served as market manager for the real estate banking central region, delivering strong results for the bank throughout the Midwest, Mountain and Southeast markets during her four-year tenure. She began her career at LaSalle Bank, remaining at the firm after Bank of America acquired it in 2007, and has worked on more than $15 billion in transactions since then.

Herrick lives in Chicago with her husband and three children. She serves as a board member for ULI Chicago and NAIOP Chicago. With community development being a key focus of hers, Herrick helped develop JPMorgan’s Yield Chicago program, which pairs emerging developers of color with seasoned developers from the ULI Chicago membership community in order to advance projects in Chicago’s South and West sides.

CO caught up with Herrick in New York to hear more about what she has planned now that she’s head of real estate banking at one of the top banks in the U.S.

Commercial Observer: Congratulations on your new role! What were the steps that preceded this promotion?

Michelle Herrick:  Thank you! I have been in banking for the totality of my career, and focused on commercial real estate for the past 15 years. I joined JPMorgan four years ago — I was recruited by Chad Tredway — to run our real estate banking central region. And what really attracted me to the firm was its management style. I really liked the idea of having the ability to execute on a growth story at such a well-established brand. Since being at the firm, my region has expanded a couple of times, giving me a large geographical scope that aligns with previous roles that I’ve taken on in the industry throughout my career. Over time, that evolved into me being the new head of real estate banking.

What are you most proud of, looking back on those four years at the bank?

We have a great team and a great client base, and I think real estate is best when it’s evolving to serve the needs of the communities around us. I love when we can help our clients not only achieve their own goals, but also make the communities those clients are active in a better place for everyone to exist in.

The most obvious challenging environment over the last four years has been the pandemic — an environment none of us could ever have imagined. I’m very proud that we helped our clients navigate that. There were difficult points, but we are coming out of it feeling validated in terms of the themes we’d focused on [pre-pandemic]. We’re very strong in multifamily, and we’ve always had industrial as a core competency. In particular, our $30 billion commitment to advancing racial equity — and the affordable housing component of that commitment is $14 billion — has never been more timely in the environment we’re in today. It makes me very proud of what we’re accomplishing.

What’s been a key focus for you in Chicago, in terms of community investment?

Chicago as a market is a great example of our national focus. The firm has been very, very visible in investing a $150 million commitment in philanthropic capital, which will bring our total business and philanthropic investments towards Black and Latino communities in Chicago to $800 million by 2025. That investment has the same sense of purpose in supporting our communities, as the broader $30 billion advancing racial equity commitment.

Affordable housing is a huge component of our overall initiatives. In every market — I can speak to Chicago, but it has national similarity — each product requires creative thinking. Most times there’s a partnership with public, private or nonprofit [organizations], and there are challenges to getting projects off the ground, for example rising construction costs, or zoning. The nice thing that we’ve seen in Chicago is everyone coming together to think through solutions, but it’s just one example of what’s happening across the country in various markets. So, it’s really fun to be a part of the firm that — in many cases — is leading those efforts.

Tell me about the Yield Chicago program, which you helped develop.

Yield is a good example of everyone working together. The specific mission of Yield is to drive development in historically underserved communities in Chicago — both on the South and West sides — by local developers, specifically developers of color, in those neighborhoods.

What we’ve seen in the past is, when developers come in, sometimes they’re from outside of the community and the wealth is extracted. Yield is funded by grants from JPMorgan Chase and our partner, the Pritzker Traubert Foundation, and the organizations that we partnered with to help form and deploy the program are ULI and also Local Initiatives Support Corporation (LISC) Chicago. While it’s in its early days, what we’re hearing is that there is a real benefit to the knowledge share and resources that seasoned developers can provide to emerging developers in these communities.

How are you feeling about taking the reins in your new role as we emerge from the pandemic?

From a broad economic standpoint, it’s really exciting that we support all of the industries that were critical throughout the pandemic and we were an important liquidity lifeline for those that may have had a tougher time. The economy feels good today, and commercial real estate obviously follows economic growth so it does feel like we have some tailwinds at our back — in particular, around investor interest, which is being fueled by the low-rate environment.

There is also far more clarity today. At the height of the pandemic, it was a little bit more uncertain in terms of where demand would be, and what end-user space needs would be. We’ve watched that demand shore up across various asset classes, and it feels very good to see deal activity strengthen. I’m very excited to lead a team into that environment for 2022, and beyond.

Are you replacing yourself in Chicago? Do you have a new person in your previous role?

Not yet, but we have a great team and it’s a great market. So it’s a priority for me at the moment.

Are you from Chicago originally?

I was born and raised in Cincinnati, Ohio, and went to Miami University. I had what’s probably a very common story from there; I met my husband at university, we found jobs, we moved to the city — Chicago’s the job epicenter of the Midwest — and frankly loved it. We’ve been there for two decades now.

Are you the first generation in your family to go into real estate?

My dad worked at Procter & Gamble for close to four decades. He was an engineer who built some of their big plants. So,  I’m the first generation to focus on real estate as an asset class. My parents were big on work ethic, and taught my sister and me that with access to opportunity and access to education comes responsibility. You have to go out, work hard and do something that’s going to make yourself proud, your family proud but — more importantly — positively impact everyone around you.