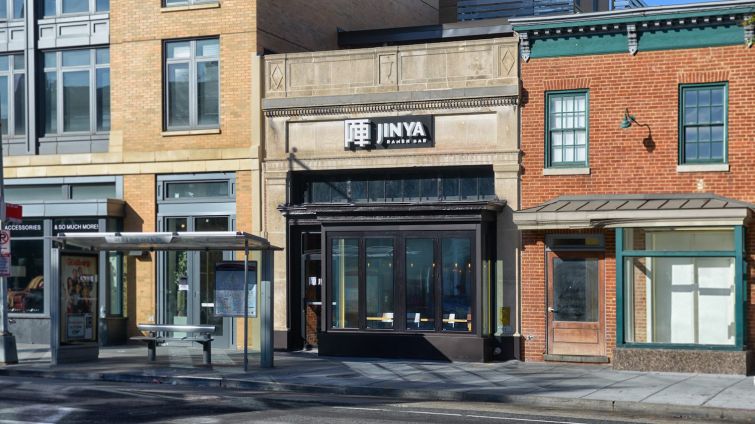 JINYA Ramen is getting a permanent home in Logan Circle.

The popular ramen restaurant acquired the space it has occupied in the Washington, D.C., neighborhood since 2015, a 5,000-square-foot retail building at 1336 14th Street NW.

JINYA purchased the building from Douglas Development for $5 million.

The tenant made its own improvements to the building once it began leasing, and made a compelling offer to buy the building, per Jemal.

The hospitality company now has three locations in the D.C. area, with its most recent opening at 11964 Market Street in Reston last year. The other is at 2911 District Avenue in Fairfax. Overall, it has 43 locations throughout the U.S.

The restaurants offer signature rich Japanese flavors and authentic presentations it describes as “A Bowl Above All Others” that has made the brand wildly popular around North America.

Arris Noble, senior vice president at JLL, represented the buyer in the deal. Representatives for the restaurant did not return requests to comment on the deal.

Douglas Development originally acquired the site in April of 2015 for $1.8 million.