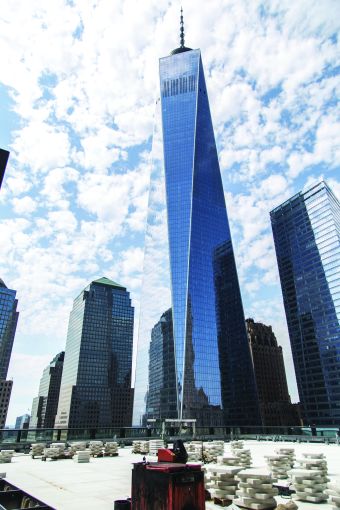 Advertising technology company Index Exchange has inked a deal for more than half of mattress retailer Casper Sleep’s offices at 3 World Trade Center, quadrupling the advertiser’s space in Manhattan.

Index Exchange snagged a more than 13-year sublease for 42,625 square feet at the 2.8 million-square-foot building — taking over most of Casper’s 70,000-square-foot offices. The mattress seller will keep some of its space on the 40th floor of the tower, though none of the space it previously leased on the 39th, according to a spokesperson from Casper.

Index Exchange will relocate from its 11,000-square-foot location at 20 West 22nd Street in Flatiron — the company’s home for the past six years. A representative for Avison Young, which represented Index Exchange in the deal, declined to comment on the asking rents.

The deal comes after Casper announced its sale to Durational Capital Management for less than $300 million, nearly half of Casper’s value when it went public in 2019, The Wall Street Journal reported. Despite building a popular brand, Casper wasn’t able to turn a profit and posted losses for every quarter since 2018, WSJ reported.

Casper is downsizing its office footprint after the company shifted to a hybrid work model, allowing for partial remote and in-person work at the 40th floor of 3 WTC, which lies along Greenwich Street between Fulton and Liberty streets, the spokeswoman for the mattress company said.

Its initial 15-year lease, which the Casper signed in 2018, gave it 70,000-square-feet across the 39th and part of the 40th floors with an option to expand later on. The firm had grown out of 31,000 feet across the top two floors at TF Cornerstone’s 230 Park Avenue South.

Avison Young’s Brooks Hauf, Peter Johnson, Leah Zafra, Ben Sykes and Jeff Flemington represented the subtenant in the transaction. It’s unclear who brokered the deal for Casper. Index Exchange did not respond to a request for comment.