Stealers Wheel once sang about being “stuck in the middle with you.” Turns out, being in the middle isn’t such a terrible thing after all, especially if you’re an investment sales broker in New York City. 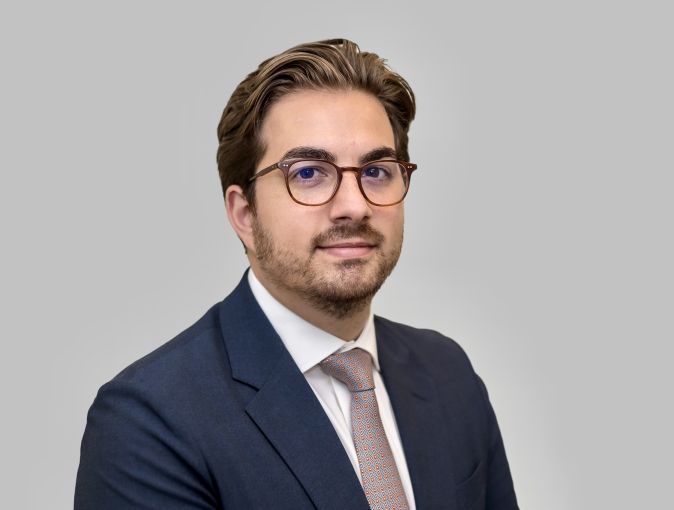 Eric Roth joined Cushman & Wakefield seven years ago, and has focused on middle-market investment sales since — a part of the industry that’s on fire right now, as savvy institutional investors pivot away from mammoth deals to instead diversify their portfolios across a series of smaller deals. He’s currently marketing Fairway Market’s former 2.5-acre Harlem site for sale.

Roth spoke with Commercial Observer last month about why his specific purview is far from middling.

Commercial Observer: How would you describe what you’re seeing in the market today, from an investment sales perspective?

Eric Roth: We’ve seen an immense uptick in activity over the last three months in particular, but over the past six months we’ve seen a consistent ramp-up. We’re seeing a lot of capital flowing in, and we’re also seeing a lot of sellers making the conscious decision that values have bounced back. They’ve gotten burned over the last few years, or they’re tired and have been thinking about exiting, and they’re now pulling the trigger [to sell].

What we’re finding, and it’s the first time I’ve ever seen it, is it’s both a good time to buy and a good time to sell. Buyers are still getting relatively good value for the most part, and sellers are still getting relatively high values, and there’s a win-win. If sellers are capitulating a little bit, buyers are stretching a little bit, and I think it’s making for a very ripe environment for transacting.

How about the asset classes marred by the pandemic: hotel, retail and office?

Truthfully, there are buyers for all of it right now, although there aren’t necessarily sellers of all of it. For product types like high street retail or hotels in general and certain Class A and Class B office buildings, the sellers aren’t there yet. Multifamily, industrial and development has been on fire — development largely because the timeline for Affordable New York [421a] is ticking down. Financing is strong, and so groups that are going to be doing any sort of development project are rushing to buy land now and get their capital out.

Are you seeing a good appetite for New York assets?

We think New York is probably one of the most desired markets right now. A lot of groups shied away from New York for two and a half years pre-pandemic due to rent laws, the political environment and when Amazon was shooed away, and all of these groups are now seeing the opportunity to come back. I think cap rates have also compressed so much around the other tier-one and tier-two markets across the country, New York actually is a better value — even though you’re likely paying higher prices per foot, the rents are justifying it, the occupancy is there and you’re buying at a much better rate of return. It’s almost hard to describe how much capital is earmarked for New York right now. It’s immense and it’s both foreign and domestic.

Syndicators who are trying to piece together capital. They’re not succeeding because there’s so much ready capital out there that the groups that need to raise capital deal by deal aren’t moving quickly enough. The middle-market, in-between space of the $10 million, $20 million up to $150 million space, is particularly active, and a lot of it is because these larger institutions on $100 million deals already write a $30 million equity check. And they’d rather write 10 of those than one $300 million equity check as they want to diversify their risk.

So,  even the larger institutions are looking for midsize deals that are core in terms of their returns and their locations. That space has picked up dramatically.

When did this trend begin?

Seven years ago, I noticed that a lot of the operators that were buying your $15 million deals were operators that were backed by some larger source of capital. And those deals are now trading again, at their five- and seven-year mark, and to even bigger institutions that can take lower return profiles. The past two years, a few of those groups were overexposed in New York and had a lot of capital already invested in New York, so they steered clear until they could make that pitch to their investment committee that New York is back and does have upside.

But, those institutions over the last six months have really ramped it back up and their focus on the midsize assets is more prevalent than ever because — as much as they want to get back into New York — they’re not taking as big a risk profile by diving in head first [with a larger transaction].

Where in New York is the money funneling to?

Manhattan, and core Brooklyn, so Williamsburg and Greenpoint. We just put a property in Greenpoint under contract for a number we didn’t anticipate getting anywhere close to. We actually blew through our asking price. It was a small development site and it might even set a record for the last year and a half in terms of price per buildable foot, and we’re seeing that because rents are coming back and the groups that are looking for the value-add, opportunistic deals are looking in the outer boroughs. The amount of bids we’re getting on these deals is really significant — we’re seeing 30 offers on some of our deals again, and we haven’t seen that since 2017.

Are you a New Yorker?

Born and raised. I was born in Queens and went to New Rochelle High School. So I grew up locally, and my parents both worked in the city. My father’s in banking, at a bank that’s very focused on real estate, but he’s on a different end of the business.

What’s your favorite part of the job today?

I like that every day is different. I know that’s cliche, but today more than ever, every deal is a different client, a different personality, a different ask and different challenges. And there’s the opportunity to really build a business here at Cushman. My two partners — Harry James and Tyler Signora — are great, and we work really well together. We have a good atmosphere and a lot of growth potential. It really drives us to get in when we’re in here at 7:30 in the morning, cranking away.