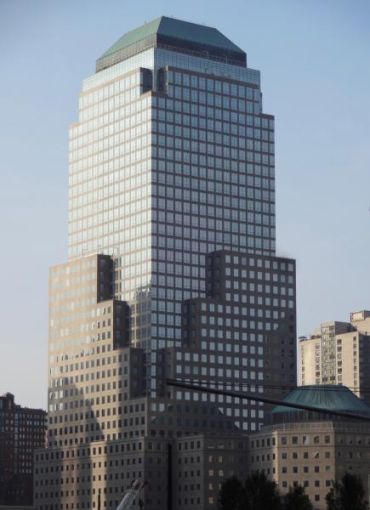 AKF Group is shrinking its presence in the city by moving from 57,000 square feet at One Liberty Plaza to 23,000 square feet 200 Liberty Street, Commercial Observer has learned.

The engineering consultancy firm snagged a long-term sublease from alternative legal service provider QuisLex for its new Big Apple location, according to CBRE’s Adam Foster, who brokered the deal for AKF along with Jonathan Cope. Asking rent was in the $50s per square foot.

“They felt that there was a good opportunity in a Class A building with a landlord that they wanted to stay with,” Foster said.

AKF will leave One Liberty after seven years at the 54-story tower, first snagging a lease at the property in 2014 after moving from 1501 Broadway in Times Square, CO reported at the time.

It’s shrinking its square footage by about 34,000 square feet after implementing a hybrid model of in-person and remote work for its employees, Foster said. AKF will move into its new space this month, according to CBRE.

“They used the pandemic to challenge the status quo and rethink how they’re going to work and what their return to work would look like,” Foster said. “They came to the realization that they didn’t need all the space that they had, and they’re going to make use of satellite offices and working in client spaces.”

The deal, which closed in the fourth quarter of this year, comes after AKF subleased much of its One Liberty space to Cushman & Wakefield for about nine years in July as the brokerage firm consolidated its Lower Manhattan and Brooklyn offices, CO reported.

C&W moved into its new offices on Nov. 8, according to the company. The brokerage firm’s new space was about 12,400 square feet smaller than its former offices at 1 World Trade Center and One Pierrepont Plaza.

Avison Young’s John Ryan represented QuisLex in the sublease deal. Ryan did not immediately respond to a request for comment.