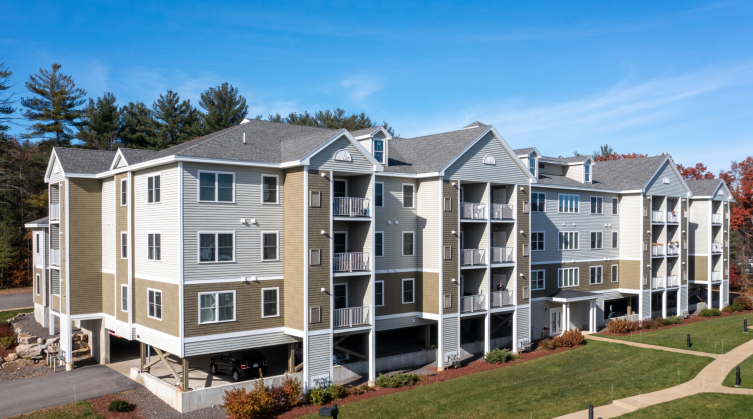 Dwight Capital has provided $27 million of U.S. Department of Housing and Urban Development (HUD)-backed debt for the refinance of a multifamily asset in New Hampshire, Commercial Observer can first report.

The agency-backed debt includes a green mortgage insurance premium reduction set at 0.25 percent since the property qualifies as green/energy-efficient housing, according to Dwight officials.

Located at 11 Cooper Lane, 53 miles north of Boston, Bedford Hills Apartments comprises four, four-story apartment buildings and a clubhouse and leasing office situated on roughly 13 acres. The 2016-built property’s amenities feature a swimming pool and a courtyard with a barbeque area. It is located within the same development as The Copper Door Restaurant, Primrose School at Bedford Hills, Dunkin’, Bellwether Credit Union and NH Liquor Store.

“With interest rates being as low as they are, we thought this was an opportune time to refinance the property,” said Dick Anagnost, president of Anagnost Investments. “We just finished renovations a year ago.”