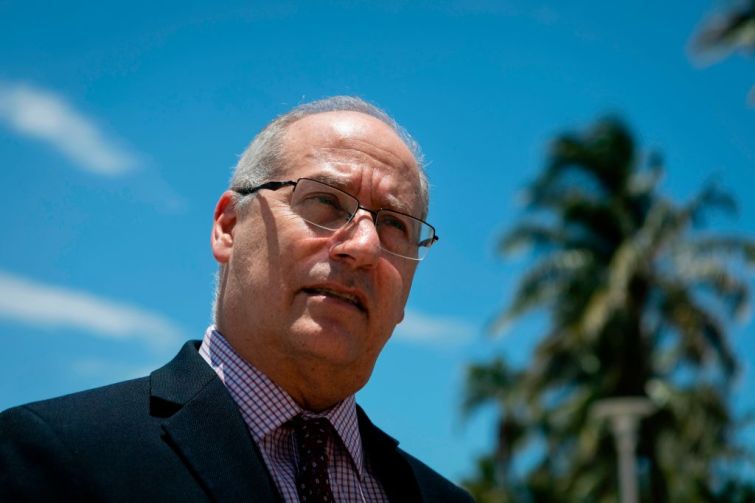 Real estate-friendly candidates and initiatives came out victorious across Miami in last night’s election, particularly in the mayoral races in the high-profile cities of Miami and Miami beach.

In Miami Beach, Mayor Dan Gelber handily won reelection, capturing 62 percent of votes for this third term. The Democrat had tied his campaign to a controversial referendum to curb partying in South Beach. The referendum proposed rolling back the last-call time to serve alcohol at establishments along famed Ocean Drive, to 2 a.m. from 5 a.m.

The majority of voters agreed with Gelber, with 56 percent approving the non-binding measure.

Proponents say the initiative will help curb disorderly conduct and crime at the wee hours of the night. “They don’t have to have a 24-hour party. Our residents cannot be held captive to a business model that creates disorder,” Gelder said last night.

Real estate is also at play. Endorsers believe the measure will help revive a historic but shabby part of town, and soften its wild-party image incongruent with the expensive condominiums that surround it.

As Miami attracts corporate giants, developers, including Jorge Perez of the Related Group, say Miami Beach has fallen behind, partially because of the perception of mayhem. Related is looking for a marquee name to fill its One Island Park office development in Miami Beach.

Last month, a tape leaked of Gelber talking with unidentified developers about creating a Political Action Committee to fund city commission candidates that support redevelopment, according to the Miami New Times, which first reported about the tape. The mayor also said he could put initiatives on the ballot favored by developers as a way of bypassing the commission approval. “In politics, money plays a big part …” Gelber is heard saying. “Tell us what you need to reimagine the areas we know need to be reimagined.”

Critics, like the Citizens for All a Safe Miami Beach, say the measure will cost as much as $40 million in lost tax revenue and drive up unemployment, which will only worsen crime in the area.

Across Biscayne Bay in Miami, Mayor Francis Suarez also cruised through reelection, winning nearly 79 percent of the vote. The Republican elected official was a shoo-in, having raised millions of dollars.

Suarez’s crowning achievement has been to rebrand Miami into the “Wall Street and Silicon Valley of the South” by courting companies to relocate while embracing cryptocurrency. Many took note. Corporate heavyweights Blackstone, Point72 Management and Microsoft, just to cite a few, signed office leases in Miami this year.

Developers have reaped the benefits of the corporate migration. Office landlords have kept rates high thanks to the new-to-market demands. Residential rents and home prices have skyrocketed over the past year due to the influx of moguls and high-earning workers.

Suarez will undoubtedly continue to lobby companies — now with voters’ blessings. “Today we embark on a new chapter to finish what we started,” Suarez said last night. (Representatives for the mayor did not immediately respond to a request for comment.)

The mayoral race in Sunny Isles Beach, a town littered with new oceanfront high-rises, will go to a runoff since no candidate captured more than 50 percent of the vote. Real estate attorney and town commissioner Dana Goldman will face another commissioner, Larisa “Laura” Svechin.

Down south, Homestead Mayor Steve Losner squeezed out a victory, winning by 68 votes.

Out west in Hialeah, Esteban “Steve” Bovo, who earned an endorsement from former President Trump, won the mayor’s race.