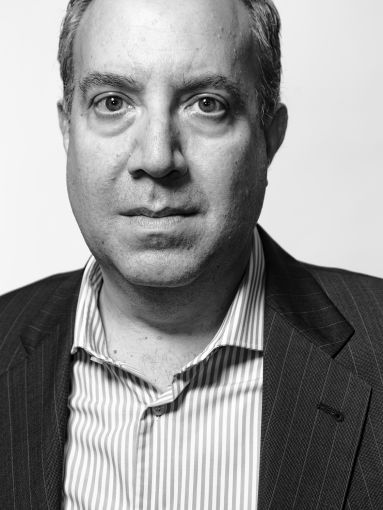 The New York Building Congress in November marks its 100th anniversary of advocating for the city’s construction industry, and the milestone comes at a time when the organization’s challenges could hardly be greater.

Commercial Observer spoke this month with the NYBC president and CEO since January 2017, Carlo A. Scissura, about how COVID has affected the organization’s mission, and what he believes lies ahead for New York’s building community. (CO interviewed Scissura just before the U.S. Congress passed a major infrastructure bill with hundreds of millions of dollars earmarked for New York-area projects.)

Commercial Observer: What are your thoughts about the Building Congress’ 100th anniversary?

Carlo A. Scissura: To think that, 100 years ago, a group of people in our industry said that being together and building the city is more important than being individuals! They came together and brought this organization into an amazing place, and 100 years later we have engineers, architects, contractors, developers, owners and everybody in between working together for the common good. I think that’s exciting. So 100 years to us is a clear milestone, and really an opportunity to do some great things.

Take us through the last year and a half or so, and talk about how COVID has affected the work of the Building Congress.

Like everybody else, we had to close our doors in the middle of March 2020. But, unlike other industries, the construction industry kept working. So women and men were still on job sites, still working on mass transit, still working on infrastructure. They were working on essential construction and really never shut down. To me, that was something to be proud of — that this industry didn’t close.

So, for us, it was about keeping the men and women working safe, and ensuring they had everything they needed. We made sure our members knew what was happening, that some construction projects made it onto the essential list, and that they kept going. It was about ensuring that when phase one of the reopening started in June 2020, that the construction industry was one of the first to get people back to work. These were things we worked on with labor and [the Real Estate Board of New York] and other groups, and it was a phenomenal opportunity to do some really great things.

There have been a lot of labor issues in the country of late. How has New York been affected?

In New York, people are working. The building trades are doing a phenomenal job of diversifying the industry and growing the labor pool. As we start even more big projects, the labor market in New York is ready to work. After the infrastructure bill passes in Washington, we’ll be ready to go.

What is the Building Congress doing about low employment rates? Is there any advocacy or action toward trying to make it easier for people to hire?

People who are looking will get jobs. There are lots of jobs. And, again, as big projects get back on the table, lots of people will be getting back to work. I feel robust about the future.

Based on what you’ve seen, how pronounced is the labor shortage?

We’re in a phase of post-COVID where everybody — not just in our industry, but across the country — is looking at what’s next. We have to let the next few months shake out. I think we’re seeing some great numbers. Five hundred thousand-plus jobs were created in the month of October. That’s phenomenal. So I think we’re moving forward. We’re ready to go.

How is construction in New York being impacted by the country’s supply chain issues?

We’re keeping a close eye on that. We don’t have numbers yet, but we will soon. Buildings are still being built. Things are going to get a little more expensive, but, as of now, the industry is able to handle what it has. I think in a few months, things will get back to normal and things will be moving.

Why do you think that?

We have to remember, we’ve lived through a year and a half of a pandemic. The world shut down, and people haven’t been able to move around within their countries or internationally. That’s all starting to change. The borders are open as of Nov. 8. People are going to be traveling again. Things are going to start moving quickly again. New jobs are being created. So I think we all have to take a breath and say, “It’s been a rough year and a half, and now we’re ready to move forward.”

And you’re confident that the problems with all the containers and the chassis out on the West Coast that are part of the supply-chain bottleneck will be resolved as well?

They’re not going to be resolved this weekend, but they will be resolved by the new year, and we’ll be moving forward by then.

We have a new mayor-elect. What are some of your thoughts on Eric Adams, and what are some things you’re hoping to see from an Adams administration?

I’m beyond excited. I am thrilled. I think he will be one of the best mayors we’ve ever had. He’s a phenomenal person and a phenomenal leader. He understands the city. The anti-business, anti-success rhetoric is done. This is a mayor who knows that creating jobs in our city is critical. He understands that our industry, and other industries, are critical to putting people to work, and he doesn’t demonize anybody. He wants to work with everybody. He wants to see the economy of New York grow for people all across the city. That’s a good thing.

The way you do that is you create jobs, you allow businesses to flourish, you don’t push people out of the city, you thank them for creating jobs, you embrace them, and you say, “Hire New Yorkers. Hire more people. Create more jobs. Pay more money so that we can have social services.” I think Eric will be a refreshing next step for our city and I couldn’t be happier. He’s a phenomenal person.

Adams has signaled his impatience with the development approvals process. What is your take on that?

Eric is all about streamlining government, and putting government on the track where agencies speak to each other and work together. If you’re doing a new building, why do you have to have several different applications? It should be coordinated. I think Eric will work on a focused governmental restructuring, and, to me, that’s one of the most critical, important things we can do. I think that’s very, very important.

In the midst of all that, is there a potential risk that safety might take something of a backseat as new buildings are approved a little faster?

No. I think Eric will have several tracks — keeping New Yorkers safe, quality-of-life improvements, economic development, a streamlining of government services, and the ability to bring the right people together to really get it done. And that’s exciting.

While we’re on the topic of mayors, what are your thoughts on Bill de Blasio’s legacy?

Like every mayor, there’s good and bad. Pre-K, phenomenal. The ferry system, phenomenal. I think he did the best he could during COVID. I think some of the rezonings were successful. But I would like to have seen more of a pro-business, pro-growth strategy. I think Adams will pick up on the good stuff de Blasio did and run with it, and have a really pro-growth, five-borough strategy.

Is the Building Congress backing anyone in the governor’s race?

We don’t do endorsements. We stay out of the political fray. We’re excited that the new governor is moving forward on Penn Station and other projects. We just want to see the state focus on building New York and getting some great things done.

What are your thoughts on New York Gov. Kathy Hochul?

She came in strong, she put together an incredible group of people around her, and she focused on great projects to get New Yorkers working to build infrastructure. We’re excited to see the focus on building and infrastructure.

How many projects in the city are actually shovel-ready, and how many are ready to go once that infrastructure money comes in?

There are so many. There’s Penn Station, there’s Gateway, there are roads and sewers — you name it, we are ready to go with it. Give us the money and we’ll start building.

What can you tell us about the level of construction right now, before the infrastructure bill passes?

We’re predicting $60.2 billion in construction funding in 2021. That would be the second highest after 2019, which is phenomenal. So we’re ready to see things moving forward, and, next year, assuming the infrastructure bill passes, I think we can have the highest few years we’ve had in New York

So, even without the infrastructure bill, New York is in a good place right now construction-wise?

Very good, particularly post-COVID. One hundred and thirty-five thousand people are working in construction, $60 billion in funding, airports are being rebuilt. There’s a lot of work out there. The Metropolitan Transportation Authority, the Port Authority, and the City of New York have had record capital budget plans, which is very exciting. The MTA put out the largest capital plan in their history. Once the infrastructure bill passes, they will do a robust building program. That is the lifeline of New York City, and that’s a great thing.

How solid of a year can New York construction have in 2022?

That being said, what are the Building Congress’ primary goals for next year?

Our advocacy continues to grow at the city, state and federal levels. [We’ll push for] a continued focus on rebuilding. We’ll focus on working with the new mayor and his administration, and get to know the people that are going to be the players in that administration. So there are a lot of good things moving forward.

What do you expect some of your biggest obstacles to be next year?

Let’s see where the money is, and how much actually comes into the city. How do we come through a two-year period of COVID? How do we diversify the industry? How do we continue to build on successes? To me, those aren’t obstacles, they’re challenges the industry will meet. This is a resilient industry that always comes out of things.

Is there anything else you would like people to know about the current or near-future state of the Building Congress?

Just like New York’s best days are ahead of it, just like the building industry is leading the economic recovery in the city and all across the country, I think the Building Congress will continue to lead and advocate for our members.