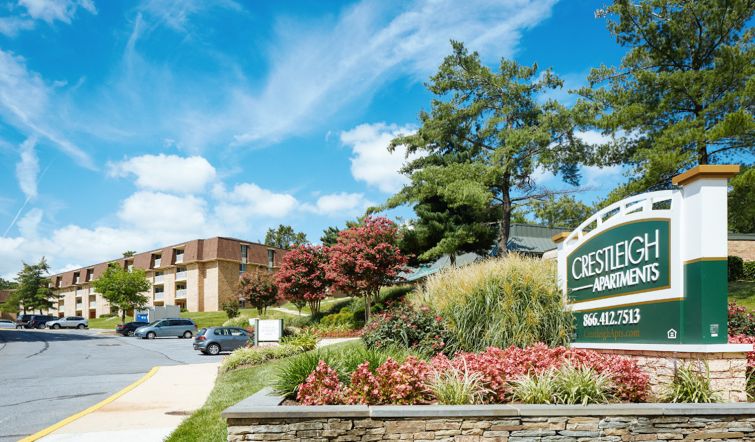 BDMG has acquired the Crestleigh Apartments, a 389-unit multifamily community in Laurel, Md., from Cadre for $74.3 million.

Cadre is a retail investment platform, which acquired the property in September 2016. (Disclosure: Cadre co-Founder Joshua Kushner is the brother-in-law of Observer Media Chairman and Publisher Joseph Meyer.)

“When we first acquired this asset, our underwriting called for a seven-year hold, but we decided that it would be in the best interest of our investors to sell into the current market strength, at a time of historically low cap rates, interest rates and high demand for well-located quality assets,” David Vincent, an investment product specialist at Cadre, told Commercial Observer.

Located at 9540 Muirkirk Road, Cadre executed a traditional value-add program with improvements to the common areas and renovations of 106 out of the 389 total units, which had not been renovated in 10 or more years. The exterior upgrades included roof work, site work, pool upgrades and multiple deferred maintenance items.

“We feel really good about the value we added to this asset, which was positioned well going into the pandemic,” Vincent said. “We managed to keep occupancy high through a very challenging time and decided to capitalize on the momentum in the market at a time when there is still value to be added to this asset.”

Laurel, a submarket of the Washington, D.C., metro area, is equidistant between D.C. and Baltimore. The property is located near the Baltimore-Washington Parkway, and five minutes from the MARC, Maryland’s commuter rail, which provides train access to both cities. There are multiple major employers within a 15-minute drive, including Maryland’s largest employer, Fort Meade.

The median income in Laurel is 15 percent higher than the national average, according to Cadre data.

“Clearly, there are a lot of interested buyers for quality multifamily assets in good locations in this market,” Vincent said. “Though we renovated about 27 percent of the total units, there was also potential upside for another prospective value-add buyer by continuing to update this asset to target higher NOI.”

CBRE was the lone broker on the deal.