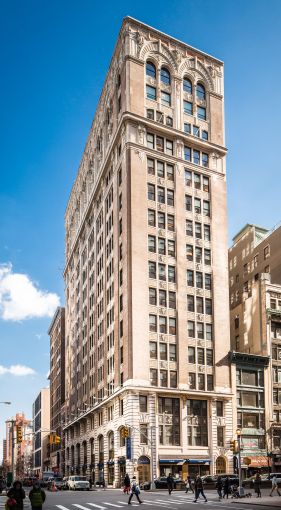 After a seven-year renewal in 2015, the architectural firm struck this deal with the landlord — with no brokers involved — to remain in the 14,000-square-foot space as one of a number of renewals in the 17-story building between East 26th and East 27th streets, according to ATCO.

“Over the years, Stephen B. Jacobs has benefitted from 381 Park Avenue South’s outstanding location, which is centrally located near their clients, projects and talented employee base,” Kate Hemmerdinger-Goodman, co-president of ATCO, said in a statement. “It is a positive indicator for our building, and we look forward to accommodating their office space needs for years to come.”

Stephen B. Jacobs Group has operated out of the second floor of the building since 2007, where the asking rent has remained at $65 per square foot since at least 2015.

The architectural firm specializes in restoring historic structures and has worked on properties such as the Gansevoort Park Avenue Hotel (now the Royalton Park Avenue) at 420 Park Avenue South, the 129,700-square-foot 8-16 Nevins Street in Downtown Brooklyn and renovations of the Long Island City Courthouse in Queens.

Stephen B. Jacobs Group declined to comment on the transaction.

Along with the Stephen B. Jacobs deal, ATCO said the firm inked five other renewals in the building over the past year.