Steven B. Jacobs Group Draws Up Seven-Year Extension at 381 PAS 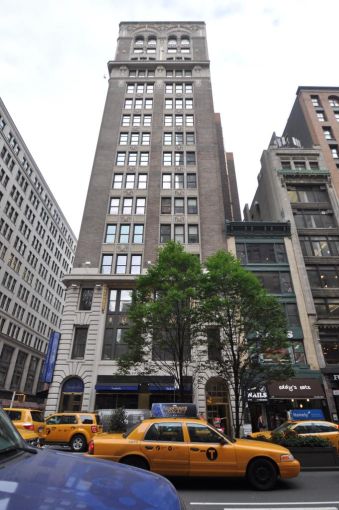 Architectural design firm Stephen B. Jacobs Group has renewed its 14,000-square-foot lease for seven years at 381 Park Avenue South, Commercial Observer has learned. The renewal will keep the company on the second floor of the building between East 26th and East 27th Streets in Midtown South, where it’s been based since 2005.

The asking rent in the deal was $65 per square foot, according to the landlord, ATCO Properties & Management. John K. Lord of ATCO’s brokerage arm represented both sides in the deal.

While it’s based in the established Flatiron District, Stephen B. Jacobs Group has recently designed buildings in blossoming areas such as Downtown Brooklyn and Long Island City. The firm’s work includes the full design of the Gansevoort Park Avenue Hotel at 420 Park Avenue South; the 129,700-square-foot 8-16 Nevins Street in Downtown Brooklyn; and renovations of the Long Island City Courthouse.

This is one of four recent deals at the 17-story building. Online discount retailer Choxi has signed a five-year direct lease with the landlord for 10,439 square feet on the fourth floor. The company, formerly known as NoMoreRack.com, has been subleasing space from Keep Holdings. It will move into its own digs this November.

“With these four new transactions, we have seen nearly 30,000 square feet of leasing volume at 381 Park Avenue South year-to-date, which illustrates the strong interest in our property and the Flatiron District neighborhood,” said Kate Goodman, the co-president of ATCO, in prepared remarks.