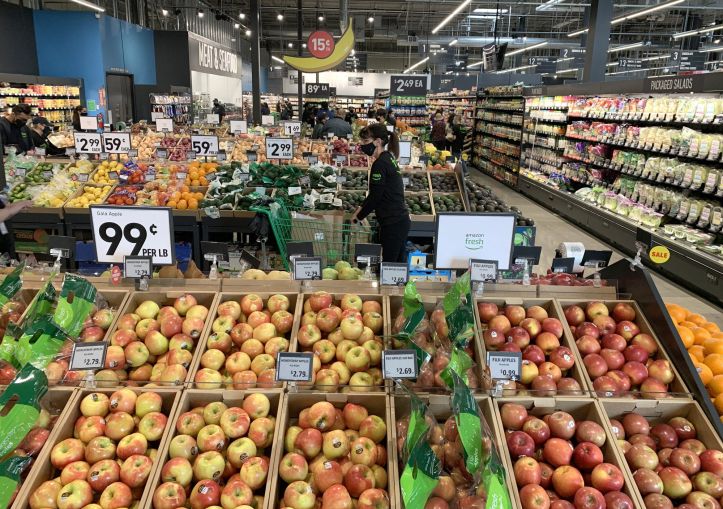 Amazon is gearing up for another Amazon Fresh store in Northern Virginia.

The e-commerce company is leasing 45,035 square feet at Sudley Manor Square, a shopping center in Manassas, Va., according to permits filed with Prince William County.

The grocery store will be located at 7807 Sudley Road, one of three stores replacing a 104,690-square-foot Kmart that closed in 2013, according to the Washington Business Journal, which first reported the news of the lease.

The landlord, an entity called Princeton Virginia LLC, has owned the shopping center since 1998. It is managed by Bethesda-based Seneca Properties.

The Greater Washington area has seen a lot of firsts for Amazon’s grocery chain. Amazon Fresh opened its first East Coast store in Franconia, Va. Its second and third stores are also in the D.C. area, one in Chevy Chase, Md., which opened in August, and one in the Logan Circle neighborhood of D.C., which was also the first to feature Amazon’s checkout-less model.

The Manassas supermarket will be located between a Sky Zone Trampoline Park and an AutoZone, according to a leasing flyer from Seneca Properties.

Another four Amazon Fresh stores are planned in Northern Virginia, in Fairfax, Lorton, Bailey and Potomac Yards, according to prior reporting from SFBJ, which would make six without the Maryland and D.C. locations.