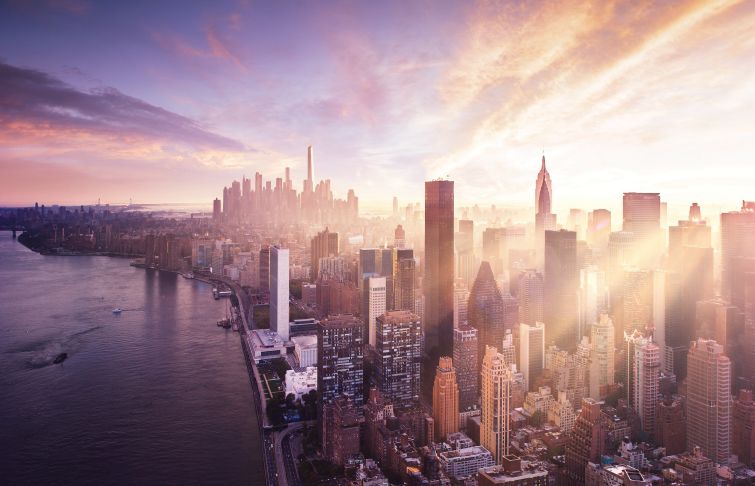 The inflexible ground lease of old has been rendered obsolete by Safehold, just over four years after the company effectively created a new industry by creating a modern, client-friendly structure. Partner Insights spoke with Doug Heitner, Safehold’s Chief Legal Officer, about how ground leases and the industry’s response to them have evolved over that time.

Commercial Observer: Talk about some of the key structural innovations that Safehold brought to the ground lease sector.

Doug Heitner: The first would be transparency around the economics. That’s the biggest change from old ground leasing – a transparent rental calculation that allows owners to really plan. The second innovation was creating leaseholds that are financeable and sellable in a way that aligns with the modern capital markets. Those are the two main innovations, transparency and liquidity for our leasehold owners.

We’re also beginning to use ground leases in ways they’ve never really been used before. For example, our Ground Lease Plus program focuses on the development stage of an asset’s life cycle. Some of the environmental initiatives we hope to roll out in the next year are also novel ways of using a ground lease.

A lot, actually. Since we aren’t a family or institution that owns land, we had to create something that the market would accept and want. That’s a major difference from the old ground leases, which were more of a “take it or leave it” proposition. We have to be responsive to the market, including leaseholders and lenders. We’ve solicited a lot of feedback, and we incorporate aspects of it as we evolve. We’re fortunate to have worked with thoughtful customers and legal counsel, tremendous partners who have helped us refine our product into an even more attractive tool for building owners.

How has the legal community’s perspective towards ground leases evolved over the four-and-a-half years since Safehold was founded?

Every real estate lawyer was taught to hate ground leases for their complexity, and also to love them for their complexity because complexity leads to higher billings. There’s been an education process with the market as to what we’re doing and how it’s different from what they grew up hating/really loving, and it’s been an interesting trajectory.

Someone called me six months ago and said, you guys are really messing up my negotiations. I asked what he was talking about. He said, I’m representing a family and arguing that we should have fair market value rent resets periodically, throughout the term of the lease. And they keep saying to me, that’s not the market anymore because Safehold is the market for ground leases, and they don’t do fair market value ground lease resets.

How has the leasehold lender community’s view of ground leases changed?

Similar, in that there has had to be a re-education, but overall, they view ground leases as a new, modern product in the market. The smart ones realize that there’s an opportunity to distinguish themselves as leasehold lenders, and the ones that are a little more retrograde are still looking at their old checklists and scratching their heads.

I think they’re more alike than the question assumes, in that many of the people who style themselves as our competitors are using our playbook. The real differences to me are in who’s providing it – what’s the track record of the ground lease provider in closing deals and solving problems? Also, in range of experience. Have you done a construction deal in Nashville? Have you done a condo deal in Seattle? If I am a sponsor, I have to ask myself, can these people really execute?

One other difference to note, especially as it relates to development deals: we are fortunate to have the entire suite of construction expertise in-house. Construction, environmental, insurance – my legal colleagues are all on staff. For a sponsor trying to answer that execution question, I think that makes a large difference.

Building owners often ask about how a ground lease will impact the liquidity and the financeability of their leasehold. What are the key considerations there for them?

Because we’ve been in the market now for over four years, we’re starting to see our assets get refinanced and sold, and we’re able to show people data that validates our thesis – that they finance the way we’ve told customers they would, and sell maybe even better than we suggested. They sell at a proper cap rate. It’s important for building owners to ask themselves whether they’re working with a group that knows how to structure a ground lease to make it financeable and sellable.

Is there anything else you think people should understand about modern ground leases?

People should know that this product fits all stages of development, all stages of the life cycle of a project, and pretty much all asset classes. When you’re buying, selling, refinancing or developing something, it’s worth a call to Safehold just to see what our capital solution looks like, because it’s a new alternative in the market. That call is costless, but it could be worth quite a lot to you.

View more articles on the Future Of Ground Leasing here.