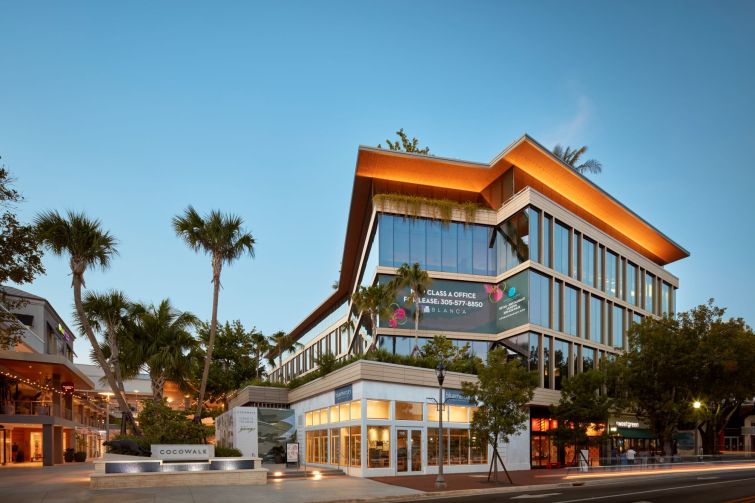 CocoWalk, the mixed-use development in Miami’s Coconut Grove section, says its new office building is full after finalizing its lineup of tenants.

The largest of the new office tenants is The Jordan Company, a private equity firm that took 12,717 square feet. The Jordan Company also has offices in New York, Chicago and Stamford, Conn. This lease marks its first in South Florida.

Other tenants to sign deals at One Cocowalk are cruise line Azamara, with 9,286 square feet; banking adviser Uno Management Services, with 8,273 square feet; and hospitality firm Creating Culinary Communities, which took 9,205 square feet for a headquarters and test kitchen.

CocoWalk made a splash when it debuted in 1990, but the property later fell on hard times. The current ownership group took over in 2015. Federal Realty told investors at the time that it paid $87.5 million for the property, according to documents filed with the U.S. Securities and Exchange Commission.

“The asset clearly has lagged behind the great resurgence that’s happening there in the Grove District,” Federal Realty President and CEO Don Wood told analysts soon after the deal closed.

Following an extensive renovation, CocoWalk is being repositioned.

The property’s average base rent per square foot is $38.99, Federal Realty Investment Trust said in its latest annual report.