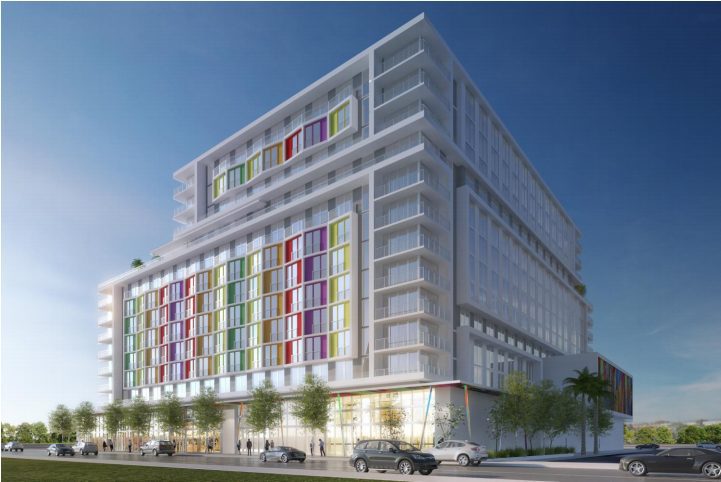 The development, called The Julia and located at 1625 NW 20th Street, is going up between 17th and 15th avenues. The 12-story building will include 323 residential rental units, a pool, a rooftop garden and a fitness center. With construction already underway, the project is expected to be delivered in mid-2023.

The building’s name pays homage to Julia Tuttle, a landowner who was instrumental to the development of the city in the 19th century, according to Florida’s Commission on the Status of Women. Tuttle is now commonly referred to as the “mother of Miami.”

Neology purchased the 73,442-square-foot parcel, on which a 1950s warehouse stood, for $6.4 million and secured a $4 million acquisition loan from Maxim Credit Group in 2019, according to property records.

The developer, led by CEO Lissette Calderon, works primarily in Allapattah, a working-class district that’s gentrifying due to its location near trendy Wynwood and the influx of wealthy residents. Earlier this year, Neology completed its first project, rental building No. 17 Residences, which is 99 percent leased as of a month ago.

Trez is hoping to achieve similar success. “We think Allapattah is perfectly positioned to attract nearby working professionals and families who desire a certain level of luxury living but are priced out of places like Brickell, downtown and Wynwood,” said Ben Jacobson, the Trez managing director who originated the loan.

Morley Greene‘s Trez Capital provides short-term debt and equity financing, typically for between six months and 36 months and up to $100 million in loan value. It manages assets worth more than $3.1 billion, according to the firm, and expects to originate about $2 billion in loans by the end of the year.