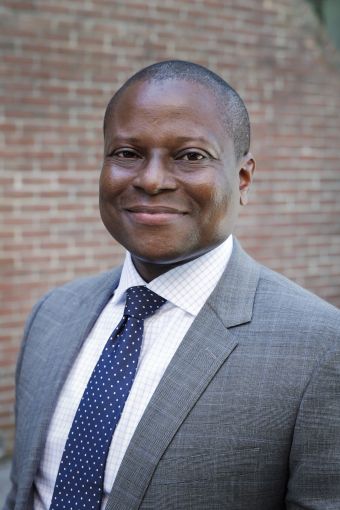 The global bank’s CDB Capital Solutions platform is partnering with a wide array of entities to spearhead more workforce housing projects, including mission-oriented investors, government agencies that provide subsidies from the state or local levels, and private enterprises that have a community development focus.

Initial plans call for deploying $500 million in affordable housing investments over the next four to five years, with hopes that the amount increases during that time frame.

Lionel Lynch, who was previously JPMorgan Chase’s executive director of community reinvestment strategy, will head up the new business as director of community development banking capital solutions. He said the program will complement the bank’s existing low-income housing business and its real estate banking group that finances market-rate projects.

“There’s a need for housing, but there’s also a market opportunity for housing that can meet a broader range of income types,” said Lynch, a real estate veteran who held previous roles at the Mortgage Bankers Association, Roadside Development and the U.S. Department of Housing and Urban Development. “We’re going to be working with investors of all types and with developers who are focused on addressing this need and gap in the marketplace.”

Alice Carr, JPMorgan Chase’s head of Community Development Banking, said that while low- income housing tax credits (LIHTCs) have been an effective tool for building affordable housing with more than three million homes in the last 30 years, more strategies are necessary to truly ramp up production. She noted that the issue has taken on greater national importance as major companies like Amazon, Microsoft and Kaiser Permanente along with large healthcare systems and colleges speaking out about the need for more affordable housing.

“We need somebody who’s going to bring the capital solutions that the bank can offer to the table for these new ideas, these new ways of getting housing built,” Carr said. “There’s going to be new players, new sources, new ways of getting it done, new risks and new risk mitigants and we want to be able to understand how those all come together when we bring the next tools to the table.”

Carr noted that no formal arrangements have been set up yet with government entities or private enterprises, but said there is substantial interest out there from groups who have resources to make a meaningful difference. She said that the affordable housing initiative will have a national focus with particular focus on 15 metropolitan areas it has targeted for deals in the past, which includes New York, Miami, Washington D.C., Los Angeles, Chicago and San Francisco.

Lynch said JPMorgan Chase is a pioneer with how it is tackling the nation’s affordable housing challenge and he thinks CDB Capital Solutions has the potential to re-shape how these projects are financed going forward.

“I would say that we’re unique in the marketplace, especially at the breadth and scale and the creativity of what we are doing,” Lynch said.  “We also have a dedicated source of capital for doing this.”