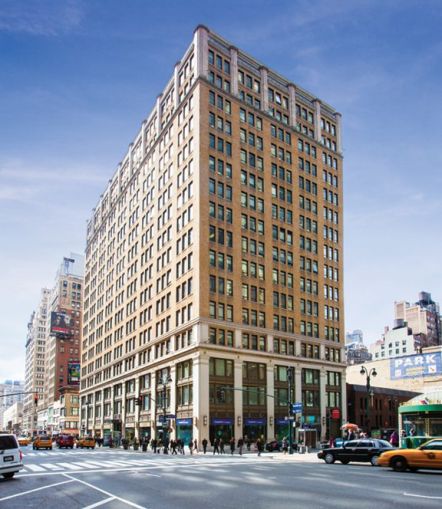 SOSV signed a 10-year deal for the entire ninth floor of the 18-story building between West 30th and West 31st streets, according to landlord The Feil Organization. The asking rent was $65 per square foot.

Plans call for the construction of laboratory, office, and conference and events spaces in the building to be used by startups in IndieBio’s program, the landlord said.

“This is not just a typical lease, it’s an investment in a new industry that is making New York a top global technology hub for life sciences,” Jeffrey Feil, the CEO of The Feil Organization, said in a statement.

SOSV launched its inaugural New York class of IndieBio — which also has a San Francisco outpost — last year out of a temporary lab and office space in The Rockefeller University at 1188 York Avenue​​, Feil said. Empire State Development gave a $25 million grant over five years for the program while the Partnership Fund for New York City plans to invest $10 million into the accelerator’s startups, the groups announced in 2018.

IndieBio will vacate its temporary space in December and plans to move into 7 Penn Plaza in August 2022, the landlord said.

“The impact of having a premier life science accelerator program based in the heart of the city will be felt in the years to come, as it will bolster more life science companies and talent to come and continue to thrive here,” Shih said in a statement.