Deutsche Bank, Goldman Sachs and Brookfield are providing the debt. 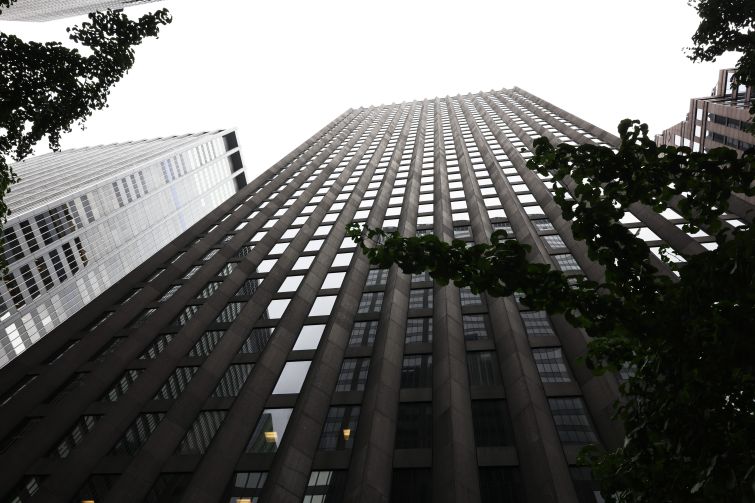 “The address is CBS” was once the television network’s slogan. Now, the CBS Building’s location at 51 West 52nd Street is also the address of the latest mega-office financing to close in New York City.

The deal closed on Wednesday.

The CMBS deal will have a single-asset, single-borrower (SASB) execution, the sources said.

CBRE’s James Millon, Tom Traynor and P.J. Finley arranged the financing, per an offering memorandum shared with CO at the time debt proposals were being sourced.

ViacomCBS announced in August that it would sell the 38-story asset to HGI for $760 million, after which HGI said it had big plans for a major renovation of the Eero Saarinen-designed tower, which was erected in the early 1960s.

HGI’s purchase marks the first sale of the landmark office tower since its construction. It has served as CBS’ headquarters since 1964.

As part of the deal, ViacomCBS will continue to lease its 817,000-square-foot space on 11 floors in the building on a short-term basis. Another significant tenant is law firm Wachtell, Lipton, Rosen & Katz, which has 250,000 square feet of space.

At the time of the acquisition, HGI said it had plans to undertake a “significant capital program to reposition the property in support of a long-term leasing plan. Updates will include significant upgrades to the lobby and other tenant amenities.”

Sources confirmed that while loan proceeds will be used for the acquisition, a significant portion of the debt will be used to re-tenant rollover in the building, and for capital improvements.

“We look forward to activating our strategic business plan for this asset at a transformational time for New York City’s office market,” Richard Litton, president of HGI, said in an announcement at the time of the firm’s purchase.

Cathy Cunningham can be reached at cunningham@commercialobserver.com.